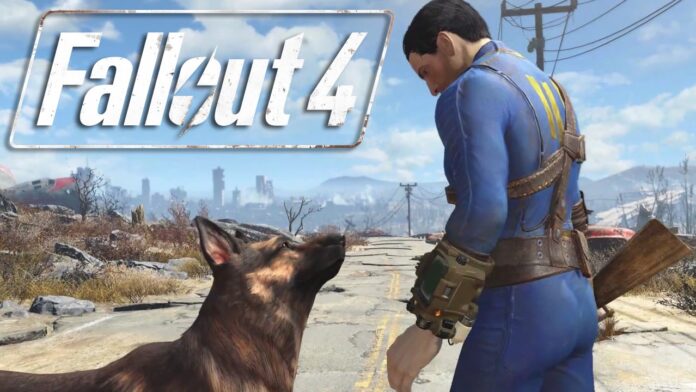 A Brotherhood recon went missing in Commonwealth. This quest begins in either of the following three ways.

If players haven’t joined the faction yet and encounter the recon team randomly, they can still complete the quest after they join Brotherhood of Steel and tell Danse or Kells about it.

If you are given the quest, go to the marked location and explore until you find a distress signal. Tune the radio to find the source of the signal. Kill the enemies there and find the Holotape. Listen to it and report back.

This particular Brotherhood Of Steel miscellaneous quest becomes available once players have completed the Show No Mercy quest or The Lost Patrol miscellaneous quest. Captain Kells will tell players that some supplies are missing. Go to Boston Airport supply depot and talk to Knight-Sergeant Gavil. Ask about Lucia and Clarke and talk to both of them about their activities.

Go to Prydwen and find Clarke’s and Lucia’s sleeping quarters on the lower main deck. The footlockers are locked. Find Clarke’s key on his bed, and open his Footlocker. Lucia’s key will be inside Clarke’s Footlocker. Open Lucia’s Footlocker and read her log.

One of the suspects will start acting suspicious. Go back to the supply depot and Lucia will give more information. Locate and follow the main suspect and they’ll disappear in into Boston Airport Ruins.

There is an underground area under the airport. The place is crawling with Ghouls. Clear the area and players will find Knight Rylan at the dead end. Take his Holotag and keep moving forward until you catch up with the suspect. Players can kill the suspect without conversation or provoke them to be hostile or convince them to go into exile.

Report to Lancer-Captain Kells on the Prydwen. The options will vary depending on the fate of the suspect. Collect your reward and the quest concludes.

This miscellaneous quest will become available during the Liberty Reprimed quest and if players have completed the Duty or Dishonor miscellaneous quest. Talk to Lancer-Captain Kells on the deck of Prydwen who wants Virgil dead. There are multiple ways to complete this quest. Also, completing Curing Virgil Miscellaneous Quest will give players more dcision choices. Complete the quest and then visit the Rocky Cave and talk to Virgil.

If players have already killed him, then simple report to Kells. Kill him without any conversation or talk to him and agree to let him live and lie to Kells.

Proctor Quinlan will give this quest to players aboard the Prydwen. Speak to him during Tour of Duty Brotherhood of Steel quest and agree to help. During the main quest, gather any “Technical Document” and return them to Proctor Quinlan. This quest can be repeated.

Scribe Neriah will give players this Brotherhood of Steel miscellaneous quest after players have completed the Tour of Duty quest. Player’s Pip-Boy will be reprogrammed to recognize Viable Blood Samples”. Kill enemies and loot them to find it. Return to Scribe Neriah and collect the reward. This quest is repeatable.

This quest is given to players by Proctor Ingram onboard Prydwen. This miscellaneous quest becomes avaialble once players have completed all Brotherhood of Steel main quests. Speak with Proctor Ingram and agree to find components for Reactor Coolant. Players need to following compoennts.

Once players have the components, go to a Chemistry Station and prepare the coolant. Hand it over to Proctor Ingram and collect your reward. This quest is also repeatable.