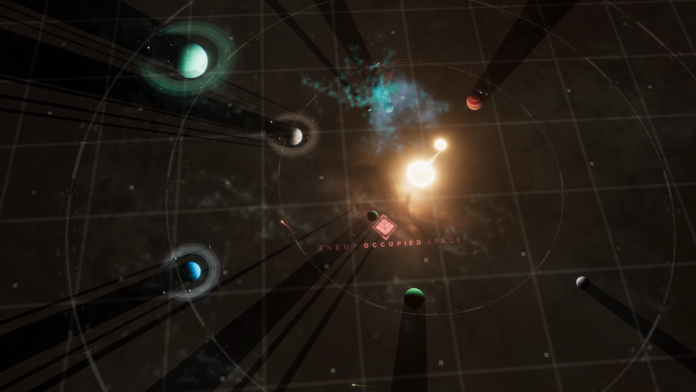 Falling Frontier, winner of E3’s “Most Anticipated Indie Game” award, is delayed until Q2 2022. The sci-fi RTS developed by Stutter Fox Studios and published by Hooded Horse is being delayed to allow more time to work on the storyline campaign involving a war between Mars and Titan and to showcase the game’s current status, a new trailer has been released revealing previously unseen ships, facilities, and game mechanics.

The central new mechanic featured in the trailer is the search and rescue system. In Falling Frontier, every ship is crewed by officers who influence the performance of the craft — the crew can be injured or die as a ship takes damage, and they can evacuate the vehicle when it is disabled or destroyed. The surviving crew in escape pods can then be recovered by any faction before they run out of supplies and interrogated for information ranging from technology configurations to the location of an enemy base or operation.

The trailer also includes an exclusive look at the unmatched devastation of orbital bombardments and an exploration of the previously unseen waystation facility, which allows fleets to rearm, resupply, and repair even when far from shipyards. Two new ship types are also revealed for the first time, one of which is sent on a search and rescue mission.

Todd D’Arcy, the solo developer of Falling Frontier, had the following to say regarding the matter:

Most of Falling Frontier’s systems are in place for our Early Access launch, but I want to take the necessary time to get the game to its best possible state before players get their hands on it. There’s still so much more I’ve got planned for the game after it hits Early Access, and my publisher Hooded Horse has been very supportive of delaying the game to polish it as needed. Falling Frontier is my dream game, and it’s very exciting to have the time to fully realize systems like orbital bombardment and search and rescue, and most importantly, to ensure the storyline campaign ‘Titan Rising’ delivers the kind of experience players have been looking forward to.

Let us know how you feel about Falling Frontier being delayed and whether or not you are interested in checking out when it comes out in 2022.