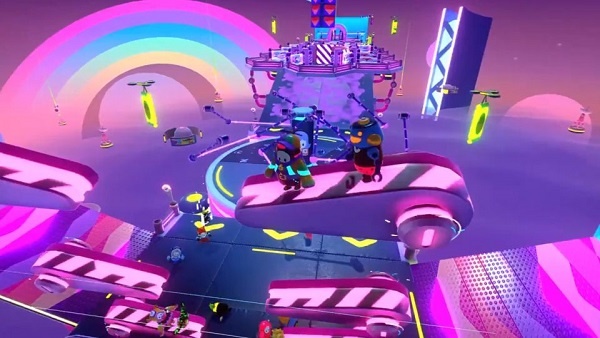 Skyline Stumble in Fall Guys: Ultimate Knockout is a new stage added to the game with the release of the fourth season. Adorned with flashy lights and bright neon signs, the stage is the talk of the town right now. However, a new stage also means loads of learning. This is where this guide comes in. In this Fall Guys: Ultimate Knockout guide, we’ve detailed everything there’s to know about how to easily clear the Skyline Stumble, some tips, and the best routes to take.

The following is the best route that we recommend players to use while they’re on the Skyline Stumble:

Also read: How to Unlock Among Us Skins in Fall Guys: Ultimate Knockout

Lastly, remember that the course will probably take even the above-average players a couple of rounds before they’re able to memorize everything that they need to do. There isn’t any need to be discouraged after failing a couple of runs.