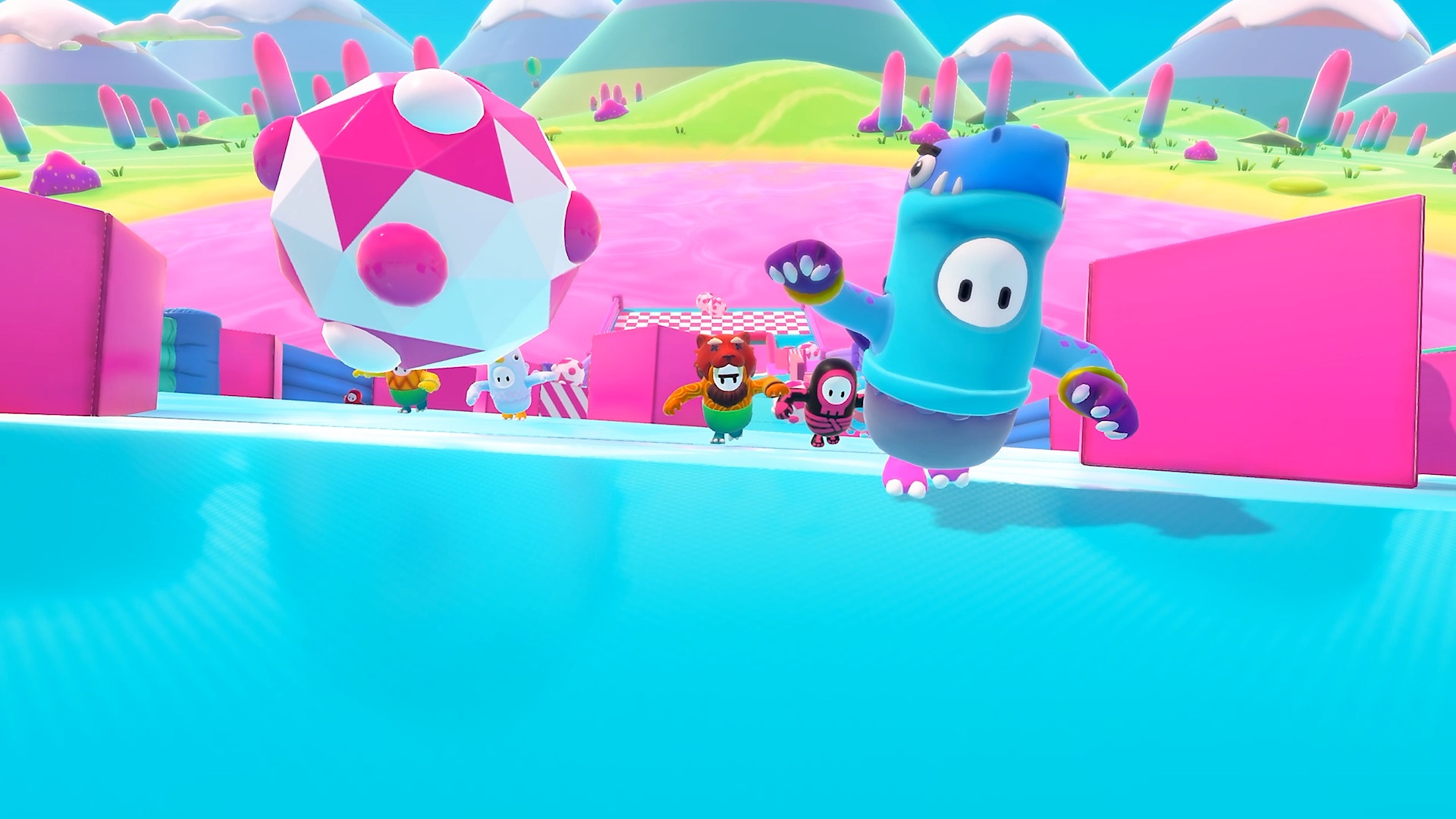 Speed isn’t everything in Fall Guys: Ultimate Knockout – it can sometimes even work against you. Fall Throttle trophy, however, requires you to reach Terminal Velocity in the game which is easier said than done. In this guide, we’ve detailed everything you need to know about reaching Terminal Velocity in Fall Guys: Ultimate Knockout to unlock the Fall Throttle trophy.

It’s potentially impossible to reach Terminal Velocity by simply running unless there’s an outside force involved. You’ll need to go headfirst into an obstacle and hope that it launches you – it’ll probably take you a few tries but is completely doable.

There are a few levels that make it a little easier than the others. We’d recommend trying it out during the Whirlygig. During the level, you’ll come across a whole lot of windmills, beams, and launchpads.

While you’re on the level, you’ll need to progress through it until you reach the midway point with a launchpad and a windmill. What you need to do is to continue through the course until you come to the windmill in question. Once there, you’ll need to let it hit you and launch you toward either side.

If done correctly, you’ll instantly unlock the achievement. Failing to do so and you’ll need to attempt it over and over again. One important thing to keep in mind is that you’ll most likely unable to qualify if you go for the achievement but it’s something you’ll need to live with. However, if you’re already ahead, you can easily qualify even if you waste some time trying to complete the challenge.