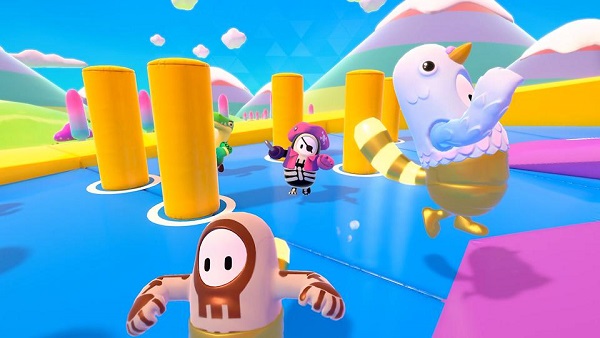 There are 60 players in Fall Guys and five rounds you need to survive. As with all battle royale games, the goal of Fall Guys: Ultimate Knockout is to be the last man standing at the end of the 5th round. A Fall Guys multiplayer match will start with  60 players in round 1. And by the end of round 4, only 10 will move on to the 5th and final round.

To play Fall Guys you need to master the controls. Although the controls are very simple they are extremely hard to master. Your character can jump, dive in the air, and grab. The game has a physics-based engine so getting hang of the movements will take some time but once you have a good understanding of it you will win more frequently in Fall Guys: Ultimate Knockouts.