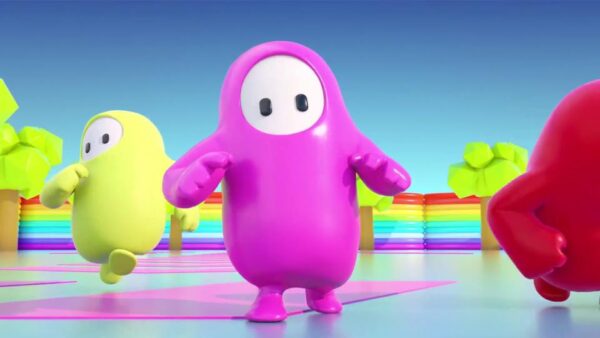 Fall Guys has launched on PC and PC players are reporting errors and issues with the game like the crash at launch, connection error, black screen, controller not working, stuttering, and more. Here I have compiled all of the Fall Guys errors and issues along with their fixes and workarounds.

Fall Guys is an MMO party game that took the gaming community by storm. Since the response to the game’s launch was overwhelming, Fall Guys is facing issues like connection error, crashes, black screen, controller not working, and other errors.

A lot of Fall Guys PC players are experiencing the Black Screen issue when they launch the game. This issue can easily be fixed by changing the Windows region to Japan through the control Panel. This will fix the Fall Guys Black screen issue.

If the above fixes didn’t work, then type “intl.cpl” in the search bar and open it. Format to English and the Fall Guys black screen issue will be fixed for good.

According to Players, Fall Guys is crashing for them. One reason for the game to crash could be your controller. This is quite common with PlayStation 4 controller users. Disconnect the controller and the game will stop crashing.

According to some Fall Guys players, their controller isn’t working with the game. Open Steam and navigate to Steam > Settings > Controller > General Controller Settings.

If you are using an Xbox controller then check “Xbox Configuration Support” and if Dualshock 4 then check the PlayStation option. Press Ok and start the game. The controller will now be working with Fall Guys.

If the above fix didn’t work, then switch to Steam Big Picture Mode > Library > Fall Guys > click “Manage Game” (to the left) > Controller Options > select “Forced on” for “Steam input per game setting”. Restart Steam and launch the game, this will fix the controller not working with Fall Guys.

First, make sure the game has admin rights. Right-click on the game’s exe > properties > compatibility tab > check “Run this program as administrator”. Apply the changes and start the game and Fall Guys won’t crash at launch.

Another reason for Fall Guys to crash at startup could be your anti-virus software/Windows Defender. Either disable the anti-virus or exclude the game’s install folder from it. After that, verify game files. Launch the game and it won’t crash.

Also, if you haven’t updated your OS then it could be the reason why the game is crashing. Update your Windows OS and the issue will be fixed.

For Windows 7 users, download and install this update and the issue will be fixed. If the game is still crashing, then install the update KB3080149 to fix the issue.

A lot of PC players are reporting that they are unable to exit the game. When a match is over, wait a few minutes for the rewards to display. It’s just a server issue and all players have to do is wait a few minutes.

PC video game performance varies from PC to PC. This is partly due to so many PC configurations and partly because of the optimization. Fall Guys PC players are reporting stuttering and low FPS issues and here is how to fix it.

First, install the latest GPU drivers. Also, open Task Manager and make sure there is no background process using too much CPU, GPU, or HDD.

Apply these settings and the stuttering and low FPS issues will be fixed.

In case the game is still stuttering, keep following the steps mentioned above but, set Vertical Syn to “Fast”. In-game v.sync will remain disabled and the display mode should be set at Fullscreen. This will fix the stuttering in Fall Guys and will potentially give an FPS boost too.

That is all for our Fall Guys fixes for errors like connection error, crash at launch, black screen, controller not working, and more. If you are facing errors and issues with other PC games or your PC then also see our hub for commonly occurring PC errors and their fixes. If you are interested in learning more about the game then you can check out the guide on how you can get Fall Throttle.