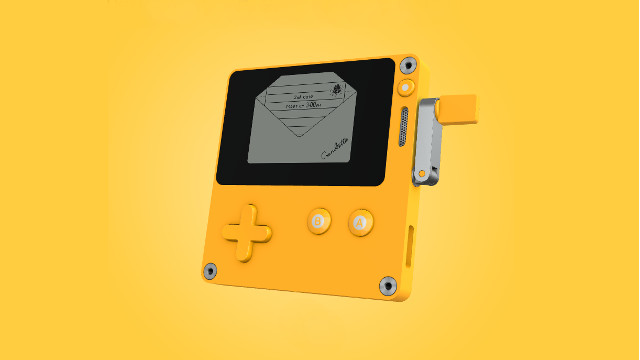 Playdate is a new handheld console developed by Panic Inc. Concepts of the console were revealed a while back but it is not available right now. Playdate scams are taking over Facebook and users are seeing ads for the handheld console that claim that you can buy one for $50.

Officially the console is not on sale and the pricing is set at USD $149. Like everything else in life, if something seems too good to be true, then it most probably is. The same is the case here. The guys that are developing Playdate are already on the case and are actively trying to spread awareness of the scam so that people do not lose their money.

The Playdate handheld console is supposed to release early in 2020. So you will have to wait another few months if you are interested in getting one.

Scam alert: if you see a Facebook ad like this, please beware! You can’t buy Playdate yet, and you can’t buy it for $55*. This ad will make your money wave goodbye to you forever. What a world

* that’s much cheaper it costs to make them ? pic.twitter.com/U3n1FgBIZE

What we do know is that the team behind the Playdate handheld console are working with game designers such as Keita Takahashi and Zach Gage and Bennett Foddy and Shaun Inman to make games for the console. Here is how the team describes the Playdate:

It’s yellow. It fits in your pocket. It’s got a beautiful black and white screen. It’s not super cheap, but not super expensive. It includes brand new games from some amazing creators. Plus it has a crank.

Panic has been making software of Android and iOS for a long time now. 20 years to be exact. This is the company experimenting with something new. The concept is cool and the device could be very impressive indeed. We will let you know more when the developers are ready to talk about it.

We would love to have some hands-on time with the handheld before coming to a verdict. So stay tuned for that too.