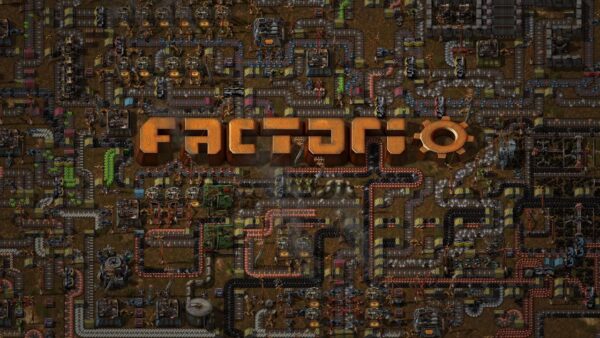 Factorio has come out of Early Access on Steam and despite that, the PC version of the game is facing errors and issues like the crash at startup, Initialization Error, the game not launching, black screen, stuttering, and more. Here I have compiled a list of errors and issues with the game along with their fixes and workarounds. Also, this guide will help players with how to get 60 FPS.

Factorio has finally come out of Steam Early Access and the full game has launched. While one would assume that the game is now complete and won’t face any errors and issues but, that’s not the case.

Factorio PC is facing errors and issues like Initialization Error, the game not launching, crash at startup, black screen, and more.

The following are the errors and issues that players are experiencing with the game along with their fixes and workarounds. Also, our guide will help players with the game’s performance and how to get 60 FPS.

According to Factorio PC players, they are facing the Initialization Error that isn’t letting them play them. The following is the full error message the players get.

In case the above fix didn’t work, go to C:\user\”your username”\AppData\Roaming\Factorio\Config. Copy the “config.ini” file and then delete it. Now launch the game and the error will be fixed.

If the error still persists then verify game files and even then the error isn’t fixed then uninstall the game and reinstall it.

A lot of Factorio PC players are reporting that the game is crashing randomly while playing. Here are the fixes.

One reason for the game to crash could be third-party software or Steam overlay. Disable the Steam overlay and Rivatuner overlays, if you are using them. This will fix the Factorio crashing issue.

If the Factorio crash is still persisting then the issue might be your GPU. Either it’s overclocked or an old GPU. If the GPU is overclocked, even if its factory overclocked, revert the GPU back to its factory clocked and the game won’t crash anymore.

In case you don’t want to mess with the GPU’s clock speed or the GPU is old, you can try limiting the game’s FPS. Open Nvidia Control Panel > Manage 3D Settings > Program Setting > select the game. Turn “On” the “Max FPS limit”. After that, set the max FPS for the game. This is a bit of trial and error to see at which max FPS value Factorio will be stable enough to not crash.

For the game freezing with a black screen at launch, go to “C:\user\’your username’\AppData\Roaming\Factorio\Config” and delete the “config.ini” file. This will fix the issue.

As for the players experiencing a black screen with audio in the background, launch the game and when the black screen appears, press “Alt + Enter”. The game will go into Windowed mode and will start to display.

A lot of OC players are reporting that Factorio is crashing at startup or doesn’t launch at all. There are multiple reasons why it can happen and here are the fixes for Factorio crash at startup.

One reason, the game isn’t launching or crashing at launch could be the GPU. If you are using a laptop then either the integrated GPU driver is outdated or the game isn’t switching to the dedicated GPU.

If your game was working fine before the full release and you have installed mods, then the mods are the issue. Your mods are probably outdated and causing the game to crash or not launch. Either update the mods or delete them to fix the problem.

In case the game is still not launching, then go to your Steam library > right-click Factorio > Properties > click “Set launch options”. Type “–dxgi-blit-model” and press ok. Launch the game and it won’t crash at startup anymore.

Another reason why the game isn’t starting could be your anti-virus/Windows Defender blocking game files. Either disable the anti-virus or exclude the game’s install folder from it. After that, verify game files and the issue should be fixed.

Also, your operating system might be outdated. Update your Windows OS and the issue will be fixed.

Some players are experiencing no audio issue with Factorio. To fix it, open Settings > System > Sound > click “Sound Control Panel”. A new window will open, click on your active audio device > properties > Spatial Sound tab > select “off” and apply it. This should get the audio working with the game.

Performance issues are a package deal in PC video games and Factorio players reporting low FPS and stuttering issues. Here we will discuss how to fix stuttering and how to boost the game’s performance.

First, make sure you have installed the latest GPU drivers. Open Task Manager and make sure there is no process using too much HDD, CPU, or GPU. End that process if it is.

Apply these changes and not only stuttering issues will be fixed with Factorio but players will also see a boost in the game’s performance.

That is all for our Factorio fixes for errors like Initialization Error, crash, the game not launching, crash at startup, low FPS, stuttering, and more. If you are facing errors and issues with other PC games or your PC then also see our hub for commonly occurring PC errors and their fixes. If you are interested in learning more about the game then you can check out our Factorio console commands guide.