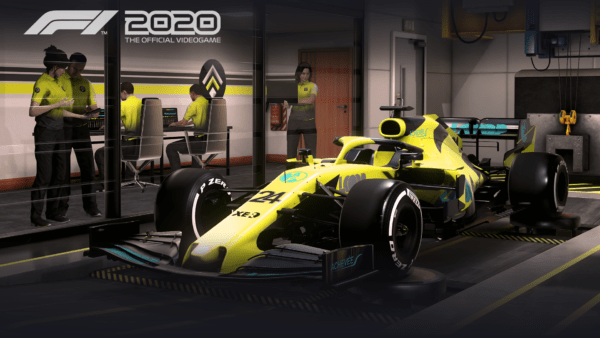 In F1 2020 MyTeam mode, players not only have to manage their own character but the entire team from recruitment to upgrades to contract re-negotiations. Our F1 2020 MyTeam Team Management Guide will help players with all that.

Team Management also involves upgrading the Player’s own character stats. Players can do that in Corporate > Contracts > Driver perks. There are 4 upgrades for the player character and each stat upgrade has 3 levels and requires a certain Acclaim rank. The level 3 upgrades require Acclaim level 15 to unlock. The following are the upgrades along with what they do.

At the start of the MyTeam, players get to choose a second driver. Most of the choices for the second driver are from Formula 2. Obviously, these drivers have low stats but, as the player progresses and increases Acclaim, they’ll see improvements in the second driver stats.

Also, the second driver has a contract that doesn’t cost much to the player with no buyout fee due to their free agency.

The second driver has a total of five stats Experience, Racecraft, Awareness, Pace, and Overall. Here is what each stats means.

How To Boost Second Driver’s Stats

There are two ways through which players can manually improve the second driver’s stats. These are Season Calendar Activities and Personnel Facility Upgrades.

Season Calendar Activities
This is pretty self-explanatory, throughout the season calendar there are activities that improve stats for the second driver like G-Force Training which improves Racecraft stat.

Also, upgrading the Personnel Facility will effect all teammates. Furthermore, if the player changes the second driver, the boosts to stats will also be gone.

At the end of each MyTeam season, players will negotiate the contract with their teammate/second driver. The partnership with the second driver will last provided players meet the driver’s requirements.

Contract negotiation will see players negotiating a new minimum amount of cash to re-sing. However, players must meet the minimum Acclaim level before the second driver even considers the offer.

Once players meet the requirements, they’ll have to make an offer to the second driver. Players can offer the second driver according to his market value but, that won’t guarantee that the driver will re-sing the contract.

That is all for our F1 2020 MyTeam Team Management Guide with tips on how to recruit, upgrade, and manage the second driver. For more on the game, also see our Facilities Guide and MyTeam Sponsors Guide.