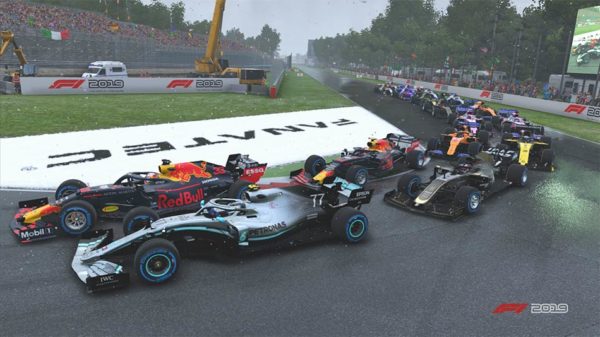 Acclaim is one of the important aspects of F1 2020 MyTeam and Driver Career modes. Our F1 2020 Acclaim Guide will help players with how to increase acclaim, how to properly answer press interviews, and how to increase Acclaim through Rivalries.

How To Increase Acclaim

Acclaim in F1 2020 is like fame, the more you have it the more benefits you get. However, Acclaim is divided into two: Team Acclaim and Driver Acclaim.

Also, players need to keep in mind that Acclaim can reduce if they perform poorly in a race weekend or don’t participate in practice laps. While practice laps are optional, completely ignoring them results in player Acclaim being decreased.

After certain events, player and team Acclaim is tallied. Increasing Acclaim is very important in MyTeam as it unlocks additional secondary sponsors which increase your cash inflow and will also unlock upgrades.

As I mentioned above, giving the right answer to questions in Press Interviews can increase Acclaim. Not only Acclaim, your team’s morale also depends on it. If players are rude to other players and their own team while answering questions, the team morale will go down along with Acclaim.

Press interviews happen in F1 2020 MyTeam at the start of the season, after qualifiers, after races, and winning championship.

Players have to answer three to four questions during the Press Interview. Each equation has multiple answers. So be careful what you answer as it’ll affect player acclaim along with Team morale.

Winning rivalries also increases Acclaim. During some press interviews, players will be asked about other Formula one drivers. Players can start a rivalry and if they win the rivalry at the end of the season, they’ll earn Acclaim. The higher the rival driver’s stats, the more Acclaim the player will earn.

That is all for our F1 2020 Acclaim Guide with tips on how to increase Acclaim. For more on the game, also see our MyTeam Team Management Guide and MyTeam Sponsors Guide.