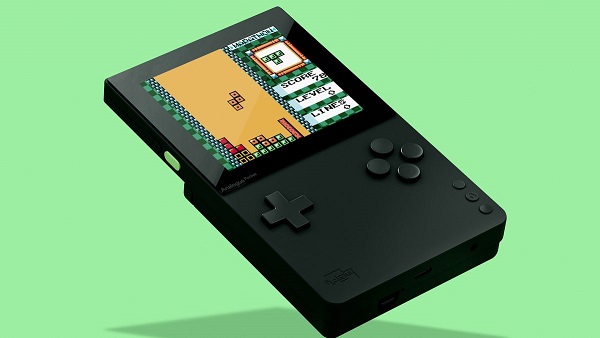 With the industry moving toward next-generation consoles and ever-advancing tech,  it is great to see someone trying to preserve the history of gaming. Meet Analogue Pocket, the only handheld portable gaming device you need to play your favorite retro games.

Yeah. We can hardly believe it, either. Pro level color accuracy, dynamic range, and brightness. There has never been a display this advanced in a video game system.

The display is one of the key features of the Analogue Pocket. Clearly, a lot of attention has gone into this aspect of the handheld device. If we look at the resolution output, it is exactly 10 times more than the original Game Boy. You get full-screen rendition of all of the classic handheld devices.

The Atari Lynx games will use the full scale of the display with no black spaces anywhere. When we look at how it handles Game Boy Advance titles, the modern display panel combined with scaling and filtering is able to deal with the notorious muddy character models issue of the OG Game Boy Advance.

There is a bit of a Nintendo Switch touch here as well; there is an optional dock that allows players to connect directly to a bigger screen at their disposal. Connecting to TV or a Monitor will result in no loss in quality.

Analogue Pocket features an HDMI, two USB ports for wired controllers as well as Bluetooth for wireless connections. The dock is set to launch alongside the $200 handheld but the creators aren’t giving us a price for it just yet.