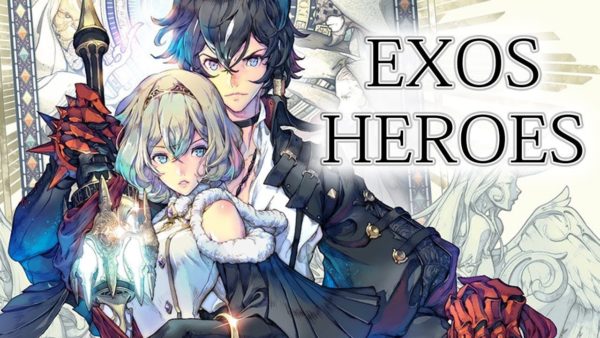 Exos Heroes a new RPG released for Mobile devices that is unique enough to deliver a fresh experience. The game is pretty different from your average mobile RPGs as it offered a richer experience, has in-depth gameplay mechanics. So if you are a regular mobile gamer you’ll need some tips and tricks for Exos Heroes as well as some cheats to make you better at the game.

The very first thing you need to do pick the right hero for your journey. The great thing about Exos Heroes that while it is an in-depth game, its hero selection isn’t very complicated. The game makes it easier for you to get powerful heroes early on in the game. You can simply re-roll the character multiple times until you get the best results. But keep in mind that you can do this only once in the game after completing the tutorial so make the best of this opportunity. Keep rolling until you get a 5-star character.

One Problem at a Time

One of the most useful tips you can get is focusing on one enemy at a time. Enemies can do a lot of damage and even if an enemy is on low health it’ll do the same amount of damage. Enemies on lower health should be disposed of quickly. Fighting against all enemies at once it is best to focus on one at a time, and those who have low health. Attacking an entire team would spread your damage but if you do want to attack multiple enemies, use skills and abilities that damage multiple enemies at the same time.

Exos Heroes Tips — Get the “Break”

Exos Heroes has a breaking mechanic that you need to use to your advantage. Basically, if any hero has a red stone and you attack the hero with a red character, it’ll trigger a stun effect. You can use this to stun enemy heroes by matching the elemental conditions. You can “break” multiple times but the elemental conditions are met. Every hero you come across in the game you need to figure out what their element is. The only way to do this is by attacking the enemies until you figure out their elements. Once you figure out the element that stuns them it’ll remain visible.

Exos Heroes is an RGP and usually, mobile RPGs don’t have a good storyline. However, this one isn’t too bad. Early on it is important that you focus on the main storyline and complete it. If you can’t complete it at least get as far ahead in the story as possible. Getting through the story is the easiest way to level up your character in Exos Heroes. Moreover, the story mode gets you a complete understanding of the gameplay mechanics. Some of the game’s features and areas are locked at first and can only be unlocked when you progress through the storyline. Unlock hidden areas by completing the story, get used to the mechanics, and level up your characters.

Leave Some Heroes Behind

Not all heroes are the same; some of the heroes in the game will be useless pretty soon. Apart from the high-level hero you get by re-rolling, most other heroes in your party will become obsolete. Leveling up heroes requires resources that aren’t easy to come by be very selective about what hero you want to level up. Heroes you need to complete the story will become useless and all you will be left with are 5 and 6-star heroes. It doesn’t mean that you should ignore low-level heroes, just don’t overly invest in them. Optimizing resource consumption is the best way to progress in Exos Heroes.

Do the Daily Dungeons