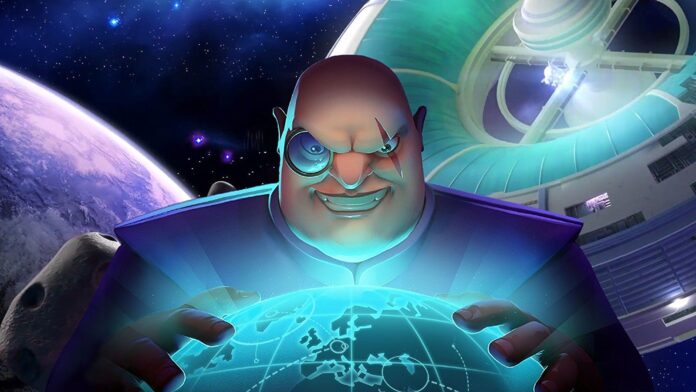 Evil Genius 2: World Domination PC is facing errors and issues like GPU lost error, game not saving, error while saving, crash at startup, DirectX 12 error, in-game crash, and more. Here I have compiled a list of errors and issues that PC players are experiencing with Evil Genius 2 along with their fixes and workarounds.

Evil Genius 2 is a unique game that allows players to becomes bad people. Players have to build their lair, train their minions in order to protect it from authorities.

For those experiencing the GPU lost error on a laptop, make sure the game is running on the dedicated GPU instead of the integrated GPU. For Nvidia users, Open Nvidia Control Panel > Manage 3D Settings > Program Setting > select the game > select “High-performance Nvidia processor” under preferred preferred graphics option.

As for the AMD GPU users, open Radeon Settings > Preferences > Additional Settings > Power > Switchable Graphics Application Settings. Select the game and select the “High-Performance profile” to the game under Graphics Settings. This will fix the GPU lost error.

Lack of admin rights can be the reason why Evil Genius 2 is saving your progress. Right-click Evil Genius 2’s exe > Properties > Compatibility tab > check “run this program as administrator”. Hit apply and the game should save without any error.

Controlled Folder Access can be the culprit not letting Evil Genius 2 to save progress. Open Settings > Update & Security > Windows Security > Virus & Threat Protection > Manage ransomware protection > Turn off controlled folder access. This will save the Error While Saving issue in Evil Genius 2.

Evil Genius 2 PC players are reporting that the game is crashing randomly while playing. There are multiple reasons behind the in-game crash and here is how to fix it.

If players are using third-party tools and software like MSI Afterburner, RGB Software, or mice and keyboard software, that might be causing the game to crash. Disable any third-party software you have installed along with Steam overlay and GeForce Experience overlay. This will fix the Evil Genius 2 in-game crash.

The Player’s GPU can also be the reason behind the game crash. Either the GPU overclocked or is old. If the GPU is overclocked, then revert it back to its default GPU clock. In case the GPU is old, then try dropping the graphics settings or use MSI Afterburner to reduce the GPU clock by 100 MHz.

If you don’t want to mess with the GPU clock, then limit the game’s max FPS. If you are playing at an unlocked FPS, then limit the game to 60 FPS. In case 60 FPS is your current target, then cap the FPS to 30. Open Nvidia Control Panel > Manage 3D Settings > Program Settings > select “Evil Genius 2”. Turn on “Max FPS Limit” and set the value for the max FPS. This will reduce the GPU and CPU load and will keep the game from crashing.

Some Evil Genius 2 World Dominaion players are reporting DirectX 12 error like ‘could not create D3D12 device’ and are unable to play the game. This error is occurring as the game only uses DX 12. So make sure your GPU supports DX 12 and if it doesn’t then either refund the game or upgrade to a GPU that supports DirectX 12.

Disk Write Error is a common error in PC video games. According to PC players, they are unable to install Evil Genius 2 or update it because of the Disk Write Error. Here is how to fix it.

Give both the Steam and the game admin rights. Right-click on Steam.exe > “Properties” > “Compatibility” tab > check “Run this program as administrator” and hit apply. Do the same for the Evil Genius 2’s exe. This should fix the Disk Write Error.

Open CMD and run it as administrator. Type the following commands and press enter after each command. This will fix the error.

In case the above fixes didn’t work, close Steam and navigate to Steam/logs/content_log. Scroll down and look for “failed to write”. Open this file and it’ll have the path for the files that are causing the Disk Write Error. Follow these paths and delete the corrupted files. After that, launch Steam and start the game. Steam will automatically download the files you just deleted and Disk Write Error with Evil Genous 2 will be fixed.

Game Not Launching On Windows 7

A lot of players are reporting that they are not able to play Evil Genius 2 on Windows 7. This is because the game only supports Windows 10. So if you are using Windows 7 or 8.1, upgrade to Win 10 to fix the issue.

PC players are reporting that they are unable to play Evil Genius 2 as the game is crashing at launch or not launching at all. There are a number of reasons behind the Evil Genius 2 crash at launch issue and here is how to fix it.

Lack of admin rights could be the reason behind the crash at launch. Right-click Evil Genius 2’s exe > Properties > Compatibility tab > check “run this program as administrator” and hit apply.

Your anti-virus/Windows Security might be blocking important game files and causing it to crash. Either disable the real-time protection or exclude the game folder from it. After that, verify a game file, launch the game, it won’t crash at launch.

If the game is still crashing at launch, right-click the game in Steam library > Properties > Local Files tab > click Browse Local Files. Launch the game directly from its exe. Chances are, you’ll get an error similar to “vcruntime140_1.dll or MSVCP140.dll Was Not Found”. This can be fixed by installing the latest Microsoft Visual C++ Redistributables both x64 and x86 versions.

That is all for our Evil Genius 2 World Domination fixes for errors and issues like save error, GPU lost error, GPU overheating, in-game crash, D3D12 Error, game not launching. If you are facing errors and issues with other PC games or your PC then also see our hub for commonly occurring PC errors and their fixes.