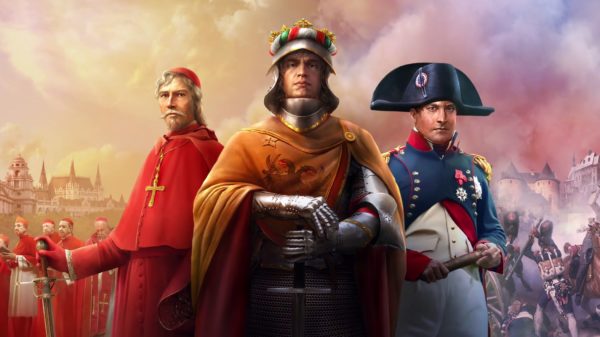 Europa Universalis 4 Emperor PC players are experiencing errors like Game Not Launching, crash at launch, Small UI, JavaScript Error, Paradox Launcher not starting, and more. Here I have compiled a list of errors and issues with the game along with their fixes and workarounds.

Europa Universalis IV is an empire building game launched back in 2013 and is still going strong. With the launch of Emperor expansion, players have more content to enjoy. However, a lot of PC players are unable to play the game due to errors like JavaScript Error, Paradox Launcher not starting, crash, SteamInitializationFailed, Disk Write Error, and more.

The following are the Europa Universalis 4 Emperor errors that players are experiencing along with their fixes and workarounds.

Europa Universalis 4 players are reporting that when they launch the game on their laptop and despite having a powerful discrete GPU, the game pops up a message telling them that the Legacy GPU isn’t powerful enough or doesn’t meet the minimum requirement.

This is just a classic case of the game not switching to the discrete GPU. For Nvidia GPU users, open Nvidia Control Panel > Manage 3D Settings > Program Settings > select the game. Select the “High-performance Nvidia processor” under the preferred graphics option.

However, even doing this, a lot of players have experienced that the game doesn’t run really well or start. If that is the case with you then go to the game’s install folder > right-click eu4.exe > select Run with graphics processor and select “High-performance Nvidia processor”. Set it to default and the issue will be fixed.

A lot of Europa Universalis 4 Emperor players are reporting that the game doesn’t launch or just crashes at launch. Here are a few fixes and workarounds to fix the issue. Before starting with the fixes, if you have Onedrive, then disable it and see if that fixes the issue.

The first thing players need to do is disable fullscreen optimizations. Go to your Steam library > Manage > Browse Local Files > right-click eu4.exe > Properties > Compatibility tab > disable fullscreen optimizations. Apply the change and the game won’t crash at launch. Furthermore, the Europa Universalis 4 crash at launch issue can also be resolved by running the game in borderless fullscreen instead of Fullscreen.

While it sounds ridiculous but, one reason for Europa Universalis IV Emperor to crash if you installed another Paradox Entertainment game or used to play it. Look in other drives if there is an empty Paradox folder. Delete that folder and the game will start working.

The game not having admin rights can also cause it to crash at launch. Go to the game’s install folder > right-click eu4.exe > Properties > Compatibility tab > check “Run this program as an administrator”. Apply the change and launch the game and the issue will be fixed.

If the above fixes failed to resolve the issue, then your anti-virus/Windows Defender might be blocking the game. Either disable it or exclude the game’s install folder from it. Then verify game files and Europa Universalis 4 not launching issue will be fixed.

Some of you might experience that the game’s UI becomes smaller after applying the fix mentioned under “Crash At Startup” in which you have to disable Fullscreen optimizations for Europa Universalis 4. To fix that, right-click eu4.exe > Properties > Compatibility tab > check “Override high DPI scaling behavior”. Here you need to see which value will resolve the small UI issue for you.

Players are reporting that when they exit to the main menu, Europa Universalis 4 crashes to desktop and restarts. This is intentional as the devs had to do it to avoid a serious bug with the game. There is no fix for it.

Some Europa Universalis 4 Emperor players are reporting that they the following errors when they launch the game.

These particular Europa Universalis 4 errors are caused by the game’s broken launcher. This can be fixed by deleting the launcher. First, use the Windows uninstall function to delete the “Paradox Launcher v2” if it’s there. Then navigate to the path mentioned below and delete the launcher directories.

Once you’ve done this, launch the game from Steam and it’ll automatically download and install the Launcher. Give the game’s exe admin rights, see under “Crash At Startup Fix” to see how to do it.

As for Mac users, delete the directory “~/Library/Application Support/Paradox Interactive”. This will fix these errors and you’ll be able to play the game.

Europa Universalis 4 Emperor players are experiencing the Disk Write Error which doesn’t allow them to play the game. According to players, they are unable to download the update or the game itself as they get the following error.

The following are the fixes for this error.

If the above-mentioned fixes haven’t worked then you need to do a clean re-installation of Europa Universalis 4. If you don’t have cloud-synchronization enabled, then backup your game’s save files.

Manually delete all files and folders left under Steam\steamapps\common\EU4 and Documents\Paradox\EU4. Reinstall the game and the Disk Write Error will be fixed.

This is a common issue with PC video games. According to players, when they launch Europa Universalis 4, they get a black screen with audio. To fix this, start the game and when the black screen appears, press “Alt + Enter”. The game will go into Windowed mode and will start to display.

According to Europa Universalis 4 players, they get the “Access Error to Game Data” when they launch the game. On Windows, this issue is probably being caused by your anti-virus or Windows Defender. Either disable the anti-virus/Windows Defender or exclude the game’s folder and the Documents folder from it.

Performance is a common issue with PC games and apparently, Europa Universalis IV is no exception. Players are reporting stuttering and low FPS issues with the game.

First, make sure you have installed the latest GPU drivers and there is no background process using too much of your system’s CPU, GPU, or HDD. Also, make sure the game is using the dedicated GPU is you are playing on a laptop with discrete graphics.

Disable in-game v.sync and the game’s performance should improve. If that stuttering or FPS issues continue to bother you then follow the steps mentioned above but set Vertical Sync to “Fast”.

That is all for our Europa Universalis 4 fixes for errors like Access Error to Game Data, crash at startup, the game not launching, Disk Write Error, Small UI, and more. If you are facing errors and issues with other PC games or your PC then also see our hub for commonly occurring PC errors and their fixes.