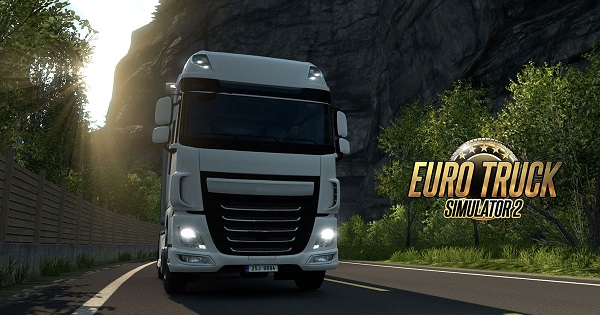 Euro Truck Simulator 2 launched back in 2012 and is still going strong with a healthy player base. After all this time, one would consider that the game is perfect but, the PC version of the game is facing crashes, stuttering, Fatal error, and more.

Euro Truck Simulator 2 players are reporting that the game crashes randomly to desktop. There are multiple reasons that cause the game to crash and here are the fixes.

If you are playing on a laptop with an AMD or Nvidia GPU, then the game might crash because it’s running on the integrated GPU. Some times games won’t switch to the dedicated GPU and will crash.

Another reason for the Euro Truck Simulator 2 to crash might be your GPU. Make sure the GPU meets the minimum systems requirements as the game will keep on crashing if that’s the case.

If you have installed mods, then they might be causing the game to crash. Euro Truck Simulator 2 requires the mods to be compatible with its latest update. Meaning, if a new update is out for the game, the mods are required to be updated for them to work properly. If updating the mod isn’t an option then either delete the mod or roll back to the previous version of the game.

According to players, the game crashes after performing a specific task within the game or randomly and they get the Fatal Error message pop up.

Another reason for Fatal Error to occur is the GPU. Either the GPU is old or overclocked. If your GPU is overclocked, even factory overclocked, then revert it back to its default clock speeds. As for the older GPU, use MSI Afterburner to reduce the clock speed by 100 MHz. This should fix the error.

If you don’t want to mess with the clock speeds then limiting the max FPS might help you. Open Nvidia Control Panel > Manage 3D Settings > Program Settings > select the game. Set the FPS limit for the “Max FPS Limit” option. This is a bit of trial and error and you’ll have to determine at which FPS the game becomes stable.

Euro Truck Simulator 2 players are experiencing the Disk Write Error either while installing or updating the game. Here are a few fixes that’ll help you with the error.

The game or Steam not having admin rights can cause the Disk Write Error. Right-click on Steam’s exe > properties > COmpatibility tab > check “Run this program as administrator”. Apply the change and do the same for Euro Truck Simulator 2 exe file.

In case the above fix hasn’t worked for you, open command prompt and run it as administrator. Type the following commands and press enter after each command.

If all of the above fixes failed to sic the Disc Write Error then go to steam’s install folder and navigate to Steam/logs/content_log. Scroll down and look for “failed to write”. Open the file and it’ll have the path to the corrupted files. Follow the path and delete the corrupted files. Verify game files, and it’ll automatically download the deleted files. This will fix the Disc Write Error for Euro Truck Simulator 2.

Performance issues are common among PC video games and Euro Truck Simulator 2 is no exception. Players are experiencing low FPS, stuttering, and random FPS drops while playing. Here we will discuss how to fix stuttering and improve the game’s performance.

First, install the latest GPU driver and make sure no background process is using too much of your HDD, CPU, or GPU.

Disable in-game v.sync and the performance issues, especially stuttering, will be fixed. In case this doesn’t fix the stuttering or FPS drops, then follow the steps mentioned above but, set Vertical Synchronization to “Fast”. The in-game v.sync will remain disabled, the display mode should be set at Fullscreen and the stuttering will be fixed. However, “Fast” sync will only work if you have powerful enough CPU and GPU.

That is all for our Euro Truck Simulator 2 fixes for errors and issues like crash, fatal error, disk write error, and more. If you are facing errors and issues with other PC games or your PC then also see our hub for commonly occurring PC errors and their fixes.