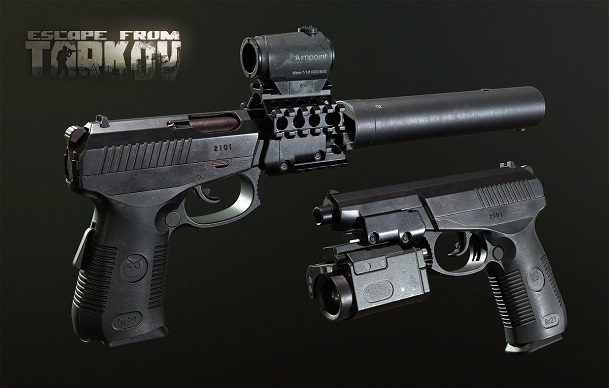 Escape From Tarkov has 4 weapons Tiers each more powerful than the last. Tier 1 weapons are the most powerful while the rest lack one thing or the other. In our Escape From Tarkov Tier 3 weapons list we will discuss the best weapon for this tier.

The Soviet-developed SKS is great for low-level players. It can pierce armor if the right ammo is used for it.

Another Soviet-developed weapon, this semi-automatic assault rifle lacks firepower but it is still a great choice as a starter weapon. It is for those who prefer to keep their distance from the enemy.

Probably not the best gun in our Tier 3 weapons list, this semi-automatic carbine lacks firepower and isn’t very useful against armored targets.

However, the weapon is pretty accurate so you can still do some serious damage if the enemy is carrying a weapon with poor handling. Still, it is too expensive and isn’t worth it.

Another weapon that while good, isn’t our first choice. The SMG lacks firepower and is too expensive. It’s accuracy and handling is amazing but it is up to you to decide.

It is a great semi-automatic pistol, one of the best Escape From Tarkov Tier 3 weapons. It is a close-range weapon that can do some serious damage, however, it won’t help if the enemy has high-level armor on.

This is the best Tier 3 weapon in Escape From Tarkov. It is a sniper rifle that comes with a suppressor. DVL-10 is accurate and powerful, capable of piercing armor. However, it is an extremely expensive weapon.