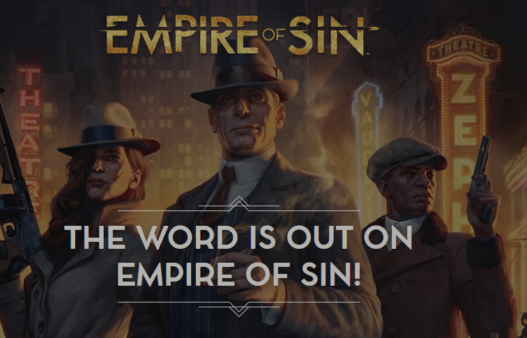 Empire Of Sin puts you in the shoes of a mobster in the 1920s Prohibition-era Chicago. You can do all kinds of shady stuff in the game and some of it is illegal. The devs talked about the different mechanics of the game and mentioned that if characters perform too many executions then they can become cruel. If cruel characters in Empire of Sin continue to execute more people then they can turn into serial killers.

Game designer Ian O’Neill talked about the mechanics of the game and mentioned that every character that you recruit in Empire Of Sin has its own personality and quirks. Here is what he had to say about serial killers in Empire Of Sin:

A character that performs a few executions can become cruel. Now other members of your crew might not want to work with cruel characters, or over time, if a cruel character continues to perform executions, they might turn into something even worse, they might actually turn into a serial killer. It’s really difficult to tell a serial killer what to do, and it can be pretty dangerous to leave them alone with other members of your crew.

That is very interesting indeed and these are the kinds of mechanics that players like to explore in strategy games. There is a bit of a twist and you really do not know what is going to happen when push comes to shove. John Romero, the co-creator of Doom talked about how characters evolve over time. Characters will have relationships with other people in the game before they even join your gang.

He mentioned that characters will not be the same as compared to the start of the game. Here is what he had to say regarding character evolution in Empire of Sin:

They’re not the same characters at the end of the game that you started with when you recruited them. All the interactions, I think, make it way more interesting and complex than just a pure strategy game.

Let us know what you think about serial killers in the Empire of Sin and whether or not you are interested in playing the game when it comes out next year.