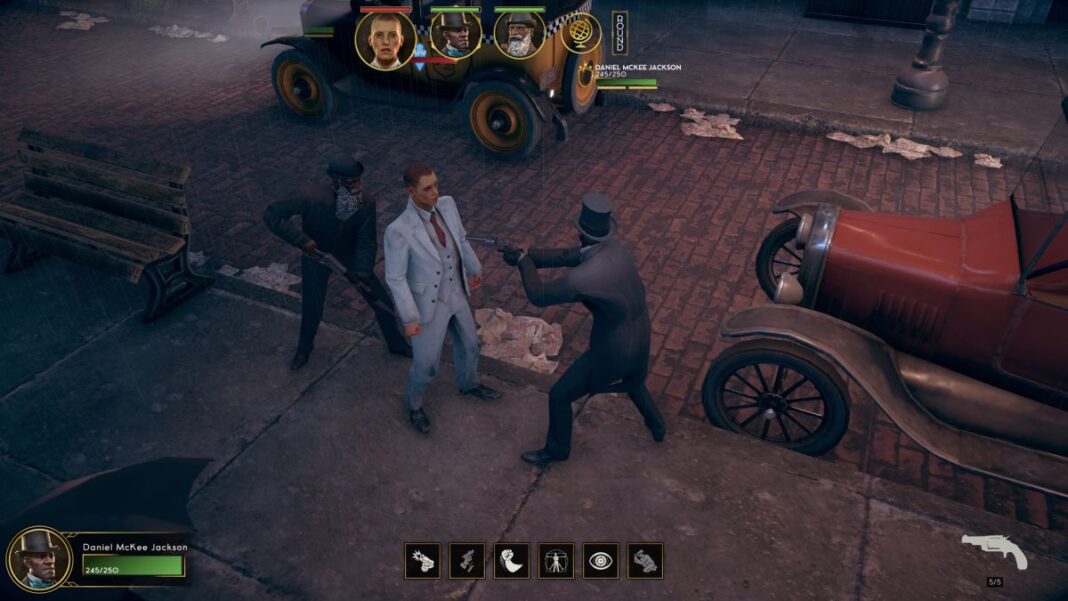 Empire Of Sin has different classes that you can use to your advantage if you know what they are capable of. In this Empire Of Sin guide, we are going to go over the different character classes and what you need to know about them.

As part of the tutorial, you will learn the different moves that the boss can make and you will also have 2 henchmen. After that, you are free to pick and choose who you want to add to your crew. You can pick between different classes of crewmates such as Hitman, Demolitionist, Healer and Boss.

What Do The Different Classes In Empire Of Sin Do?

The following are the different classes in the game and how you can make the most out of them:

This class excels at medium-ranged combat. The class has a trait called “Hair Trigger” which allows the character to automatically shoot at targets when the health of an ally falls below 25%.

Maria Rodriguez can get this trait pretty early on and that makes her highly valuable not only early on in the game but later as well.

These guys start off with close-range weapons but you can train them for rifles at level 2. The only exceptional skill that this class has to offer is Meat Hook which you can unlock at level 5. Otherwise, this is not a class that we recommend you prioritize over the others.

The demolitionist excels with explosives. Use the grenades and explosives that this class has to deal damage to a couple of enemies at the same time.

Con artists can use snipers from the start which makes them deadly when engaging enemies from a distance. A sniper on the field is going to make encounters much easier. Flush, the level 1 skill is going to make targets move out of cover. The Level 5 skill, Kill Chain lets the class regain an action point when they kill an enemy.

The Doctor class can heal your units when they are low on health. This will save a trip to the hospital or worse. Remember then when a character dies then they are gone for good. So having a healer in your crew is a wise choice.

As the healing items in the game disappear when you have used them once, Doctors are going to be the means by which you heal your crew members. the heal skill unlocks at level 1 so have a doctor on your team.

The main character that you choose at the start of the game is the boss. He or she is going to have a special ability that is going to come in handy in combat.

Other than that, the boss also has special bonuses that will come in handy outside of battle. These bonuses take effect in diplomacy and business.

Assigning Roles To The Different Classes

You can have multiple moles infiltrate the enemy gang and the role of the mole is going to depend on the class of the character that you have selected. The Hired Guns for example will try and assassinate the gang boss.

The Enforcer is going to steal money. The Doctor is going to plant fake information. The Demolitionist is going to sabotage a racket. The Con Artist is the only class that cannot be assigned as a mole.

This is everything that you need to know about the different character classes in the game and what they excel at. If you are interested in learning more about the game then you can check out our Empire of Sin guides hub.