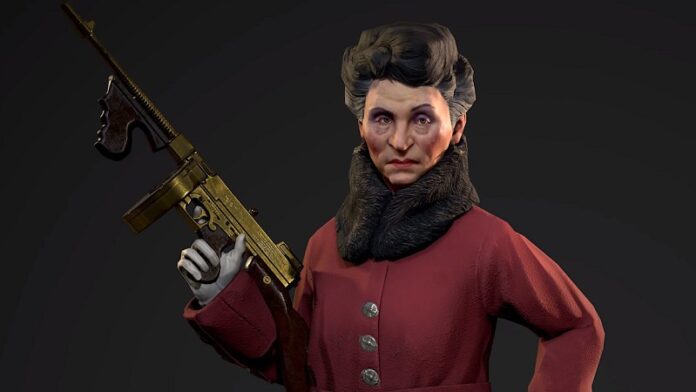 Empire Of Sin is a complex strategy game and if you are new to this genre then things might seem a bit overwhelming. While at the core this is a strategy game that is similar to Civilization in some regards, this is a new IP so things are going to be a bit different. In this Empire Of Sin beginner’s guide, we are going to give you some useful tips and tricks that will help you win.

Empire Of Sin Tips And Tricks

The following are some tips and tricks that you should keep in mind when playing the game:

When starting a new game you can pick the number of neighborhoods and factions. If you are new to strategy games or are just looking to figure out what Empire of Sin has to offer during your first run then one of our tips is to keep things simple.

Start off with the least number of neighborhoods and factions in order to keep things simple. This will help you get the hang of things. You can always start a new game and ramp things up in your next run.

The character that you pick at the start of the game is very important. There are 14 characters that you can pick from and each one has a unique combat ability. Each boss also has unique bonuses that are associated with business and diplomacy.

When setting up the game for the first time it will not matter much but once you have spent a couple of hours in the game and have figured out what you want to do you will have a better understanding of the perks and whether or not they suit your playstyle.

For example, if you want to make your fortune from a brewery then you can get the boss that has perks or bonuses related to the brewery. If you want to make money from brothels then you can pick a boss that has perks related to that line of work. You are of course not bound to any one specific line of work and are free to mix and match but chances are that you are going to prefer one of the other.

In the tutorial, we got to take over a brewery, so if you are new to the game then selecting a character with brewery related perks might be advantageous early on.

In Empire of Sin, every decision you make is going to have consequences down the line. These might not be apparent from the start but you will see them come into effect later on in the game. For example, if you have a henchman that has a lover in the rival gang, then that henchman might not fight alongside you in battles against the rival gang.

Characters that kill too much and have mental health issues can become serial killers and do some really cold things that you might not see coming. This is why it is important to know who you are recruiting and what they are capable of as the characters are going to develop as you progress the game and become more powerful.

Cover Vs Half Cover

Staying in cover is going to keep you safe and out of harm’s way. But there is an option to stay in half cover. This is less safe and is only going to protect your half the time. We recommend taking full cover when possible in order to avoid taking unnecessary damage.

While making enemies and taking them out might seem like the best way to go and it does feel good but when you have multiple factions in the game, taking them all out is not going to be efficient. This is why you will need to form alliances with some of them in order to make the most of the situation and maintain the peace so that you can keep doing business without having to worry too much. You will have enemies to deal with but you will have fewer rivals and you will also have help.

Different playable characters have different classes. Know the different classes in order to make the most of them on the battlefield. The Hitman class for example is deadly and can take out enemies from a distance. If you are interested in learning more then you can check out our Empire of Sin classes guide.

These are all the Empire of Sin tips and tricks that we have for you. If you are interested in learning more about the game then you can check out our Empire Of Sin guides hub for more content related to the game.