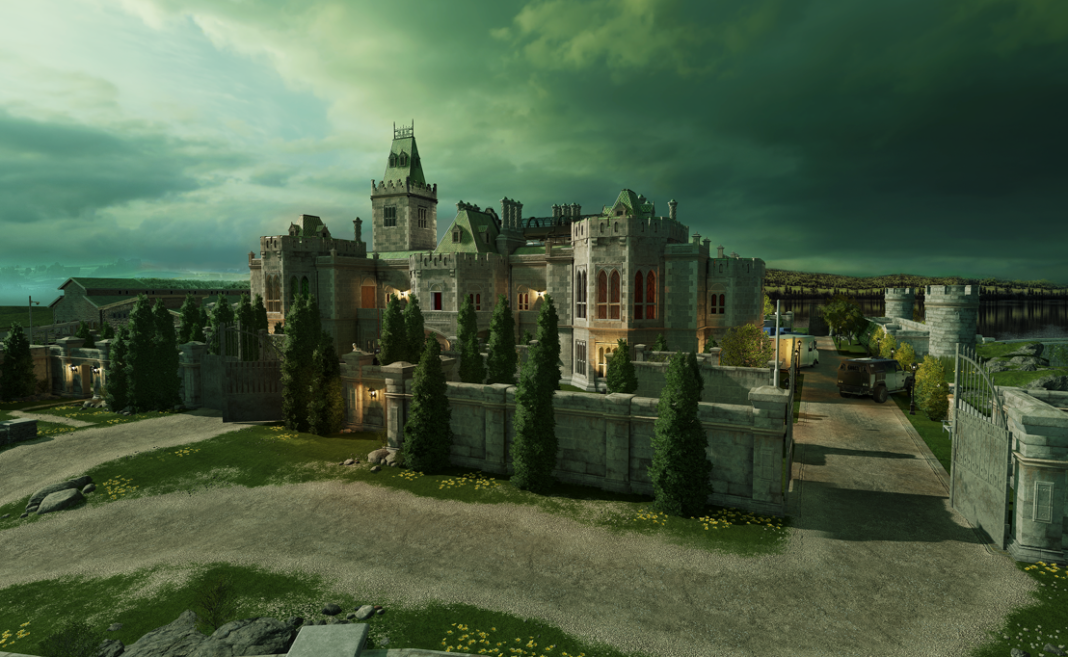 Experience the rolling hills of Northern Ireland in the Emerald Plains country club and private ranch. In the idyllic setting, players can explore the grounds to develop the best approach for their matches, whether it be risking a rappel through the skylight, taking advantage of the three interior stairs, or seeking cover beside the fireplace atrium.

The two floors inside Emerald Plains are distinct, with a modern bottom floor contrasting against the classic style of the manor’s upper floor, to emphasize clear call-outs and orientation landmarks. Partially inspired by Bartlett and Border, these spacious rooms provide a large playground in this medium-sized map.

Players can jump into Emerald Plains as part of Year 7 Season 1 Demon Veil with the new Operator Azami. The new Defender is equipped with the game-changing Kiba Barrier gadget that repairs holes in walls and floors, offering a more mobile and versatile defensive approach.