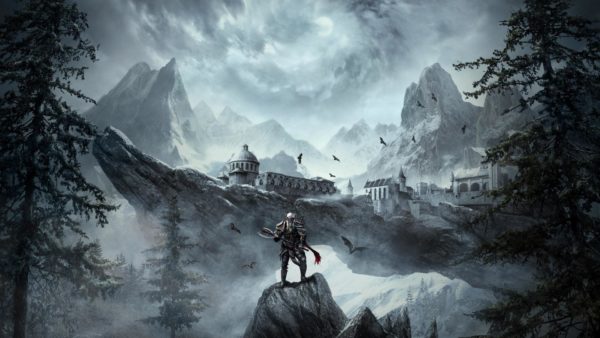 The Elder Scrolls Online Greymoor expansion has launched. However, the expansion has brought issues of its own like random crashes, disk write error, missing d3dx11_43.dll, and more.

The following are the errors and issues that players are experiencing with ESO along with their fixes and workarounds.

According to The Elder Scrolls Online players, when they launch the game they get the Disk Write Error. The following are the fixes for the error.

The Elder Scrolls Online players are reporting that when they launch the game they get the “d3dx11_43.dll is missing” Error. You just need to install the latest DirectX version and the errors will be fixed.

Some players have reported that when they launch The Elder Scrolls Online, they get an error telling them they have one of the following files missing.

General performance issues are common for PC video games and The Elder Scrolls Online are reporting low FPS, random FPS drops, and stuttering issues. Here are a few workarounds that will boost FPS, fix stuttering, and will stabilize the overall game’s performance.

First, make sure you have the latest GPU driver installed and there is no background process using too much of your HDD, CPU, or GPU.

If you are playing the game on a laptop with a dedicated GPU then chances are the game isn’t using the dedicated GPU and is running on the integrated GPU. For Nvidia GPU users, open Nvidia Control Panel > Manage 3D Settings > Program Settings > select the game. Under “Prefered Graphics processor”, select High Performance Nvidia Procesor. Apply the change, launch the game and the game should be running fine.

For AMD users, open Device Manager > under display adapters, disable the integrated GPU option. This will make the game run on the dedicated GPU and the issue will be resolved.

If you are still facing low FPS or stuttering issues then Device Manager. First, disable in-game v.sync and close the game. Open Nvidia Control Panel > Manage 3D Settings > Program Settings > select the game. Set Vertical Sync to “On”, set Power Management Mode to “Prefer Maximum Performance”, and set Texture Filtering- Quality to “High Performance”. Launch the game and the stuttering will be fixes and performance will be stable.

In case the performance issues persist, follow the steps mentioned above but set Vertical sync to “Fast”. Keep the in-game v.sync disabled, the game should be set at Fullscreen. This will not only fix the stuttering issue but will also give you a potential performance boost is you have moderate CPU and GPU.

According to ESO players, the game crashes randomly while playing. Some players get no error at all while some are getting the Fatal Error.

The game randomly crashing might be due to the GPU isn’t able to play the game on your current graphics settings. Drop down the graphics settings for Elder Scrolls Online and the random crash issue will be fixed.

If the Fatal Error crash still persists then your GPU might be the culprit. Either the GPU is old or overclocked. In both cases drop down the GPU clock speed using MSI Afterburner and the issue will be resolved.

However, if you don’t want to mess with the GPU clock speed then try limiting the FPS for Elder Scrolls Online. Open Nvidia Control Panel > Manage 3D Settings > Program Setting > select the game from the drop-down menu. Look for the “Max Frame Rate”, turn it on and set the Max FPS value.

Here you will have to do a bit of trial and error to see at which max limit the game will be stable.