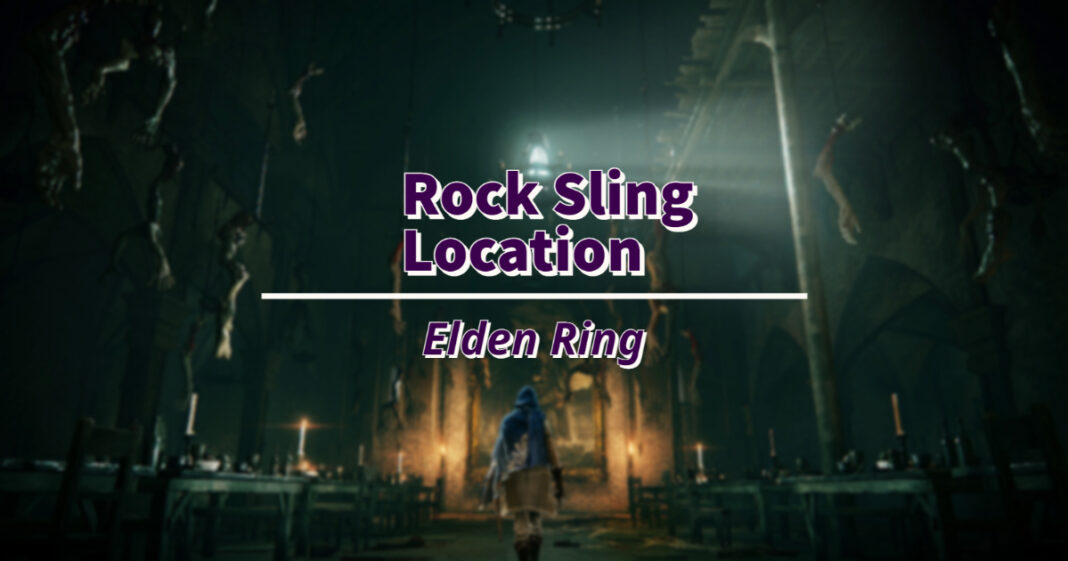 Rock Sling is an incredibly valuable glintstone sorcery in Elden Ring that can be easily discovered and effectively used against some of the most formidable enemies. This magical art harnesses the force of gravity, enabling Elden Lords to have the extraordinary power of manipulation. Unleashing this Sorcery in battle will cause a barrage of stones to fly up from the ground.

Then, with the flick of your wrist, you can unleash the power of the Rock Sling and throw rocks at the enemy, dealing a good amount of damage. Sounds fun, doesn’t it? Aspiring disciple Radahn labored endlessly to perfect this method, and its originator, the alabaster-hued Lord of Stone, used it well. In this guide, I’ll tell you how to get Rock Sling in Elden Ring.

Where To Find Rock Sling (Location) in Elden Ring

The Rock Sling is usually tucked away amongst the ruins of Street of Sages in Caelid (East of Limgrave). Specifically, you’ll find it in the Caelid Center northwest of Aeonia Swamp. Remember, you won’t find the Rock Sling out in the open; it’s hidden inside a chest underground. You can refer to the GIF and the image below for the exact location.

When you use the Rock Sling attack, the rock will be summoned from the ground and fly in the air. The following are the benefits of this magical attack:

Although this magical attack is somewhat slower than others, it still deserves a place in your arsenal due to its early availability, and catalysts like S Intelligence scaling and Gravity sorcery boosts. In conclusion, Rock Sling is well worth having in Elden Ring. Well, that’s all you need to know about the Rock Sling location and its effects. But if you want to know more about being a better Elden Lord, here are some guides that might help: