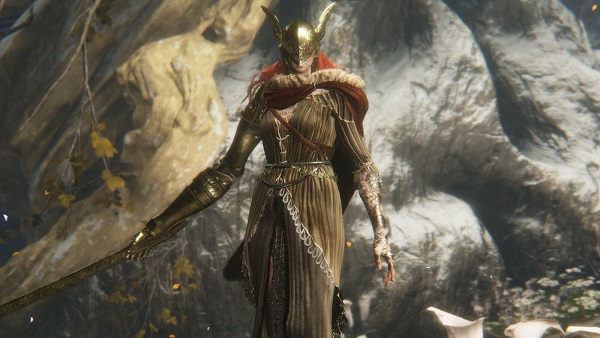 After arriving in Caelid, the player will be able to start Millicent Quest. She is a frail girl suffering from Scarlet Rot. Her questline is tied to the toughest boss battle in the entire game. In this Elden Ring guide, we have detailed all there is to know about completing Millicent Quest.

Start by speaking to an NPC named Gowry. He can be found inside Gowry Shack, a location south of Sellia, Town of Sorcery. Gowry will ask the player to get the Unalloyed Gold Needle.

To get it, defeat a boss named Commander O’Neil. He can be found in the Swamp of Aeonia. Once defeated, he will drop the Commander’s Standard and the Unalloyed Gold Needle.

From there, travel to Sellia and alight three flames on top of the towers. This will allow the player to enter the Church of Plague. Speak to Millicent to get the Prosthesis-Wearer Heirloom.

Travel to The Shaded Castle and head inside a church at the northwestern edge. Once inside, obtain the Valkyrie’s Prosthesis from a chest. Now return to Millicent and give it to her. Once done, the player needs to speak to Millicent at the locations provided below:

The player must exhaust all the dialogues for Millicent to travel to the next area.

From there, travel to the Drainage Channel and head up the ladder. Once up, defeat the Putrid Avatar. After that, interact with the summon sign to defeat Millicent’s 4 sisters. After returning to the world, speak to Millicent at the southwest edge of the area. After speaking to her, reset the world and grab the Unalloyed Gold Needle from where Millicent was.

As the last step, defeat Malenia, Blade of Miquella. Once done, return the Unalloyed Gold Needle by interacting with the Scarlet Aeonia. Speak to Gowry at the Gowry Shack for some dialogue.

This is all we have got in how to complete Millicent Quest in Elden Ring. For more help on the game, be sure to check out our detailed Elden Ring wiki page.