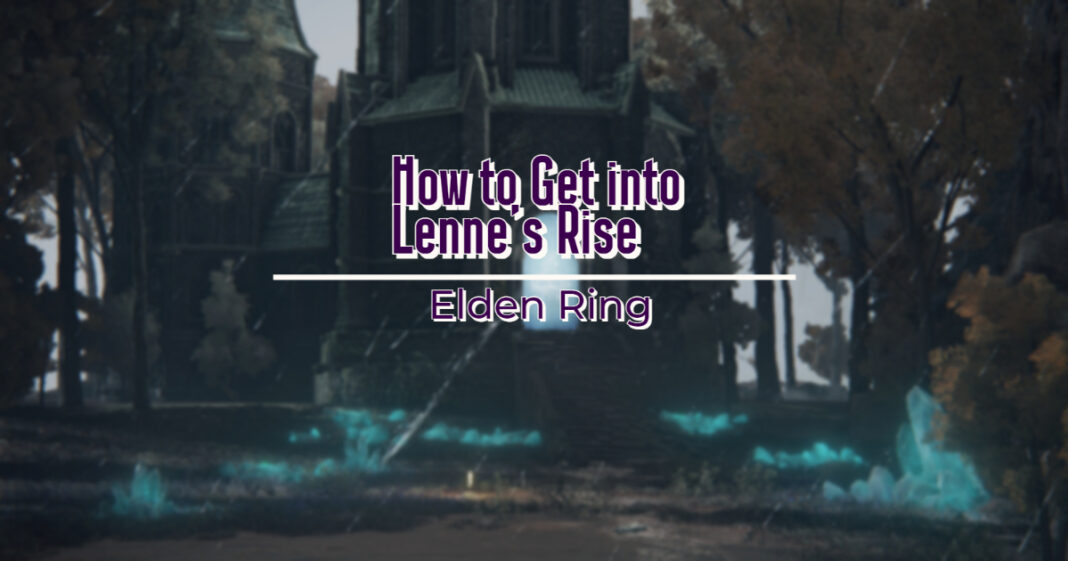 Towers are a significant part of the “Lands Between,” giving it the rightful title of the “land of towers.” You may discover multiple Rises in the same region, including the much-talked-about Lenne’s Rise. Lenne’s Rise, just like Renne’s Rise, is sealed away by powerful magic. Despite progressing through Ranni’s questline, unlocking Renna’s tower is still not enough to open Lenne’s Rise; the doors remain shut, and no progress can be made.

Watch Lenne’s Rise blossom among the rolling hills of Dragonbarrow, located in Caelid to the northeast. Gaining access to Lenne’s Rise may seem hard, but it’s achievable with a few simple steps; first, complete Hunter of the Dead’s narrative quest, and you will be able to enter this realm.

After scavenging the Deathroot from a Tibia Mariner boss, present it to D, Hunter of the Dead, at the Roundtable Hold. Shortly after doing so, you will be left with a red watermark that can guide your journey. From there, make use of the nearest Teleport, located at Third Church of Marika, and traverse until you reach an opening allowing teleportation into Greyroll’s Dragonbarrow, located northwest of Bestial Sanctum in Caelid, awaits.

Once you’ve noticed the Black Blade Kindred, don’t pay it any attention and instead proceed southeast. In that area, you will spot two bridges – a dragon is protecting one, so disregard that one and walk towards the second bridge, which should take you securely to Lenne’s Rise Site of Lost Grace. Finally, light up the bonfire after avoiding poison traps and crossing this bridge!

To keep yourself from becoming poisoned:

Following these steps carefully should minimize any damage incurred along your journey.

How To Get Into Lenne’s Rise In Elden Ring

You must leap on its balcony to reach the crest of Lenne’s Rise. Don’t worry – a Spirit Spring will be close by and ready to help! Here are the steps necessary for this daring feat:

Once you reach the balcony, head into the tower; there lies an Arcane Sphere of Faces that will give you little trouble -it’s stationary. You can even ignore it and move upwards for a Memory Stone chest- this will provide Tarnished with an extra spell slot!

That’s all you need to know about Lenne’s Rise in Elden Ring. If you need more help with the game, here are some more guides you may like: