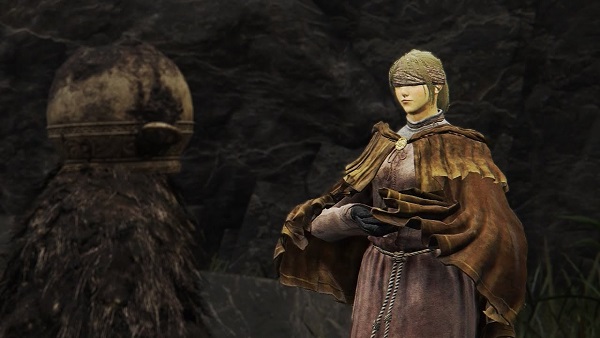 Hyetta in Elden Ring is an NPC that has a brief quest but is crucial to unlocking one of the endings. The player meets this NPC fairly early in the game in Liurnia of the Lakes. In this Elden Ring guide, we have detailed all the steps needed to complete Hyetta’s quest.

To begin, speak with Hyetta near the Lake-Facing Cliffs SoG in Liurnia of the Lakes. She will ask the player for a Shabiri Grape – loot it from Godrick’s Throne Room in the Stormveil Castle. After handing it over, the player will get the “As You Wish” gesture.

From there, the player needs to travel to the Purified Ruins which is a little toward the north of her initial location. However, do note that she will not appear in this location until the player has rested at a Site of Grace. Once more, she will ask the player for a Shabiri Grape – it is dropped by Edgar at Ravager’s Shack in the western Liurnia of the Lakes.

From there, travel to the Church of Inhibition near the Frenzied Flame Village at the northern edge of Liurnia of the Lakes. Here, the player will get invaded by an NPC named Vyke. Defeat the NPC in order to get a Fingerprint Grape. The player needs to hand it over Hyetta who can be found at the Bellum Church, near the Grand Lift of Dectus.

After that, the player needs to defeat Mohg, the Omen. It is a well-hidden boss encounter. After the boss, hit the altar at the end of the boss arena to open up a secret path. Carefully traverse the jumping puzzle to reach the bottom of the area. At the bottom, activate the Site of Grace, unequip all the weapons/armor, and meet up with the Three Fingers. After done, speak with Hyetta to conclude her quest. Please do note that doing so locks the player of all the other endings that Elden Ring has to offer.