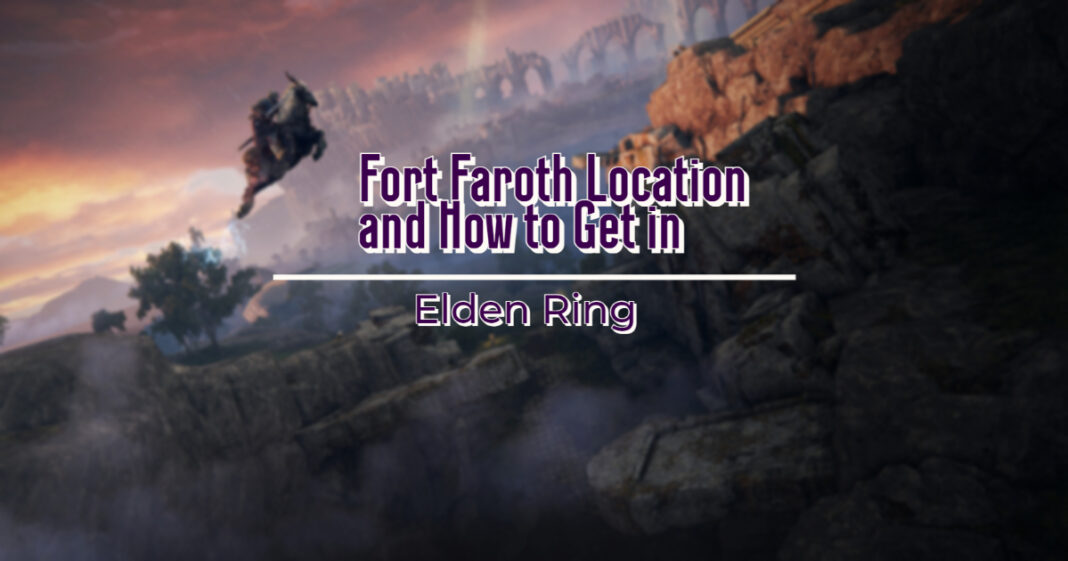 Fort Faroth is one of the locations that you must get to in Elden Ring to grab some rare loot. Fort Faroth’s location is simple enough; all you need to do is visit Dragon Bagonbarrow and head east of the big dragon. In my experience, this fort is one of the best locations to level up in the game so pay a visit as soon as possible.

How to Get to Fort Faroth

To reach Fort Faroth in Elden Ring, you need to head east from the main road from Dragonbarrow West Site of Grace. Here’s an image to help you out:

Another key item in Fort Faroth is the Radagon’s Soreseal Talisman. The item is accessible through an opening in the roof that takes you to the first floor. From the tower containing the Dectus Medallion (Right), jump down onto the roof and go past the first opening but jump down the second opening. You should see a wooden platform across from your location. Head to the platform and follow it until you can drop down to the first floor. A rat family guards the Radagon’s Soreseal Talisman on a dead body.

Elder Dragon Greyoll is outside Fort Faroth in Elden Ring. This dragon is probably the most straightforward boss fight in the game that even be completed on level 1, but the recommended level for this mini-boss fight is 70. You will have no problem taking down Elder Dragon Greyoll if you have a weapon with a Bleed status effect.

During this boss fight, you should use a bleed-inflicting weapon and stay on the enemy’s left flank. Keep hitting Elder Dragon Greyoll using weapons such as the Morning Star or Bloodhound Fang. Elder Dragon Greyoll has minions helping her, so deal with them before targeting the main boss.

There are also some enemies in Fort Faroth you can farm for XP, but that’s pretty much it for our walkthrough and location guide. If you need more help, here are some guides you may like: