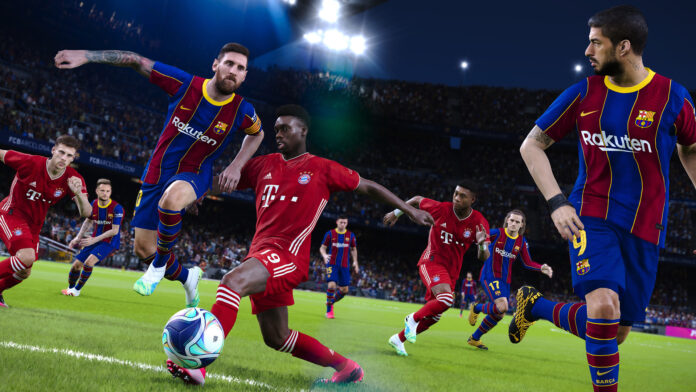 eFootball PES 2021 PC is facing errors and issues like the crash at startup, the game not saving, data save error, Unable To Connect Server, 0xc000007b Error, no audio, and more. Here I have compiled a list of errors and issues that players are experiencing with the game along with fixes and workarounds.

eFootball PES 2021 update is live and gamers are enjoying it. However, not all players are able to play eFootball PES 2021 as they are facing errors and issues like an in-game crash, crash at launch, 0xc000007b Error, game not saving, and more.

The following are the errors and issues that players are experiencing with eFootball PES 2021 along with their fixes and workarounds.

One reason for the game to crash could be the use of third-party tools and software like MSI Afterburner. Diable any third-party tool you are using along with Steam and GeForce Experience overlay. This will fix the eFootball PES 2021 in-game crash issue.

If you aren’t using third-party software then the issue might be Fullscreen Optimizations. Right-click the game’s exe > properties > Compatibility tab> check “Disable fullscreen optimization” and hit apply. This will fix the random in-game crashes for eFootball PES 2021.

In case you don’t want to mess with the GPU clock or you are playing the game on an uncapped FPS, then cap the game’s max FPS. Uncapped FPS can put a lot of load on the GPU and capping it will reduce the GPU load and will keep eFootball PES 2021 from crashing.

Open Nvidia Control Panel > Manage 3D Settings > Program Settings > select the game. Turn on “Max FPS Limit” and then set a value. The value you set is the maximum FPS the GPU can render for the game. This is a bit of trial and error to find at which max FPS the game will become stable to not crash.

Some PES 2021 PC players are reporting that the game isn’t saving their settings when they close the game and they have to reconfigure the game every time they start it.

The reason why the game isn’t saving your setting or data could be your anti-virus/Windows Security. Either disable real-time protection or exclude the game’s folded from it.

To exclude the game’s folder from Windows Security, open Windows Security > Virus & Threat Protection > click “Manage Settings” under “Virus & Threat Protection settings” > click “Add or remove exclusions” under “Exclusions”. Click on “Add an exclusion” and select “folder”. Browse to eFootball PES 2021 folder and add it. This will add the game’s folder to exclusions.

After that, verify game files and the issue will be fixed.

Crashing at startup or not starting at all is another issue that PES 2021 players are experiencing. There are multiple reasons for PES 2021 crash at startup issue and here are the fixes.

One reason for PES 2021 to crash at launch is the lack of admin rights. Right-click the game’s exe > properties > Compatibility tab> check “Run this program as administrator”. Apply the setting and the game should launch and work as intended.

If you are playing eFootball PES 2021 on an AMD GPU and the game is crashing at launch then the problem is the GPU driver. This is an odd issue, for some players, the latest drivers are causing the game to crash at launch and for some its the old GPU driver.

Update your GPU driver to the latest version which is beta v. 20.8.3, at the time of writing, or revert ot an older version, this is a bit of trial and error. This will fix the PES 2021 crash at startup issue.

Another reason for the game to crash could be your anti-virus/Windows Security blocking important game files and causing PES 2021 to crash. Either disable real-time protection or exclude the game’s folder from it. This will stop the game from crashing at launch.

If the above fixes didn’t work then chances are you haven’t updated your Windows 10 OS in a while. The game requires a certain Win 10 build to work. So update your operating system and the issue will be fixed.

Some players are experiencing connection issues with eFootball PES 2021 like the following.

There isn’t any fix for this error but, there is a workaround. Use a VPN and the connection issues will be resolved.

Players are reporting that when they launch eFootball PES 2021 they get “The application was unable to start 0xc000007b” error or an error telling them that they are missing a .dll file like the following.

MSCVP140.dll not found
VCRUNTIME140.dll is missing

The fix for 0xc000007b Error and the missing .dll file is simple. All players have to do is install the latest Visual C++ Redistributables both x86 and x64 versions. Restart your PC and the eFootball PES 2021 0xc000007b error will be fixed.

PC players are reporting that they don’t get any audio while playing eFootball PES 2021. The issue might be that the OS has set the wrong audio output device for the game.

Keep the game running and press the Windows button. Go to Settings > System > Sound > “App & Volume Device Preferences”. Select the correct audio output for PES 2021 and the no audio issue will be fixed.

Performance issues are common among PC video games partly because there are so many configurations out there. eFootball PES 2021 players are reporting performance issues like Low FPS and stuttering. Here is how to fix stuttering and boost FPS.

First, install the latest GPU driver and make sure there is no background process running using too much CPU, GPU, or HDD.

Apply these settings and not only stuttering will be fixed but players will see improvement in game’s FPS. If eFootball PES 2021 is till stuttering, then set Vertical Sync to “Fast”. This will not only fix stuttering but will potentially boost FPS is players have decent enough CPU and GPU.

That is all for our eFootball PES 2021 fixes for errors and issues like in-game crash, crash at startup, game not saving, Data Save error, 0xc000007b error, and more. If you are facing errors and issues with other PC games or your PC then also see our hub for commonly occurring PC errors and their fixes.