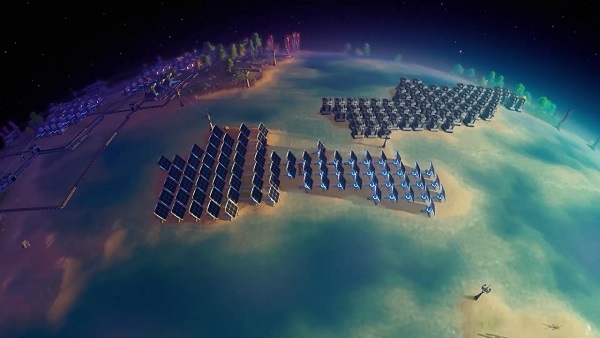 While the main purpose of the Dyson Sphere Program is to harness the heat of the Sun and convert it into power. However, players need a ton of power and energy from different sources to keep their factories and production lines running. Here is how players can generate power and which are the best sources of power and energy.

Power Grid in Dyson Sphere Program is very simple. It consists of buildings that generate power, buildings that consume the generated power, a building that connects generators with the consuming factory, and a structure that stores power.

How does a power grid work? Well, every power generating structure and every range-extender like Tesla Towers create a circle around them. Any factory or production line in this circle will be powered. It’s simple as that. However, It’s recommended that players should build power generators away from factories or production buildings and use Telsa Towers to connect them.

How To Generate Power

Thermal Power Station requires to burn fuel constantly to generate power so that players can use it to run their factories and production lines. This means players need to have a steady supply of fuel. The following are the types of fuel that players can use to burn and generate energy using the Thermal Power Station along with their FCG. FCG or Fuel Chamber Generation value is a value indicating how quickly the fuel can be converted into energy.

How To Power Mech

Dyson Sphere Program requires players to constantly burn Fuel to power their Mechs. Every player action consumes energy. While the Mech generates a small amount of it on its own but, it’s now enough. This means players have to burn Fuel in the Mech’s Fuel chamber to power it. Just press C and choose the type of Fuel from your inventory and drop it into the Fuel Chamber.

As the above table showcases, each Fuel type generates a different amount of energy. The best Fuel to burn for your mech is the Energetic Graphite as it can be stacked to 100. Meaning players don’t need to frequently return to restock on Fuel.

That is all for our Dyson Sphere Program Power Guide with tips on how to power your Mech, types of Fuel, and how to generate power. For more on the game, also see our How to Get More Titanium and How To Make The Dyson Swarm.