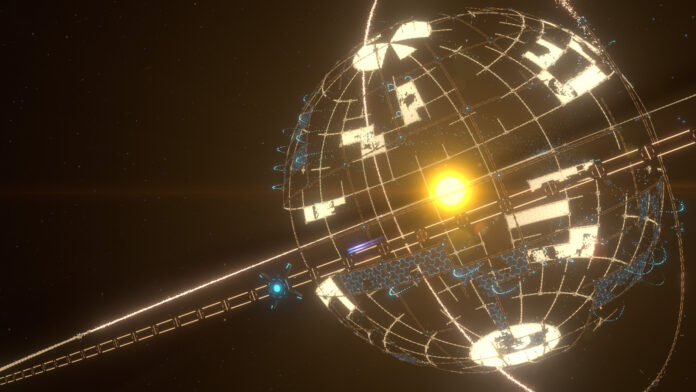 Dyson Sphere Program PC is facing errors and issues like Disk Write Error, the game not loading, Error Writing On Disk, stuck at the loading screen, in-game crash low FPS, and more. Here I have compiled a list of errors and issues that PC players are experiencing with the game along with their fixes and workarounds.

Dyson Sphere Program is a strategy game released as Steam Early Access. Givem the early access nature of the game, at the time of writing, PC players are reporting errors and issues with Dyson Sphere Program like Error Writing On Disk, in-game crash, Disk Write Error, stuck at loading screen, and more.

The first fix players need to try is to give Steam and the game admin rights. Right-click on Steam.exe > “Properties” > “Compatibility” tab > check “Run this program as administrator” and hit apply. Go to the same for the Dyson Sphere Program’s exe. This should fix the Disk Write Error.

In case the Error writing on disk error or disk write error doesn’t fix, open CMD and run it as administrator. Type the following commands and press enter after each command. This will fix the error.

If the above fixes don’t work then close Steam and navigate to Steam/logs/content_log. Scroll down and look for “failed to write”. Open this file and it’ll have the path for the files that are causing the Disk Write Error. Follow these paths and delete the corrupted files. After that, launch Steam and start the game. Steam will automatically download the files you just deleted and the error will be fixed.

If all of the above fixes fail to fix the error then try uninstalling them and reinstall it. This will fix the Disk Write error and Error Writing On Disk error for Dyson Sphere Program.

Dyson Sphere Program PC players are reporting that the game is crashing randomly while playing and here is how to fix it. One reason for the game to crash is the use of third-party tools and software like MSI Afterburner, RGB software, or mouse and keyboard software. Disable any third-party software you have installed and also disable Steam overlay and Geforce Experience overlay. This will stop the game from crashing.

Your GPU could be the culprit behind Dyson Sphere Program in-game crash. Either the GPU is overclocked or given that the game is in Early Access, the game might be putting too much load on the GPU or the GPU is just old.

In case you don’t want to mess with the GPU clock, then limit the game’s max FPS to 30. Open Nvidia Control Panel > Manage 3D Settings > Program Settings > select “Dyson Sphere Program”. Turn on “Max FPS Limit” and set the value to 30. This will lock the game to 30 FPS and will reduce CPU and GPU load and the Dyson Sphere Program won’t crash anymore.

First, make sure you have the latest GPU drivers installed. Open Task Manager and check if there is any background process using too much CPU, GPU, or HDD.

Apply these changes and players will see a noticeable boost in the game’s performance and the stuttering issue will be fixed.

That is all for our Dyson Sphere Program fixes for errors and issues like Disk Write Error, Error Writing On Disk, in-game crash, and more. If you are facing errors and issues with other PC games or your PC then also see our hub for commonly occurring PC errors and their fixes.