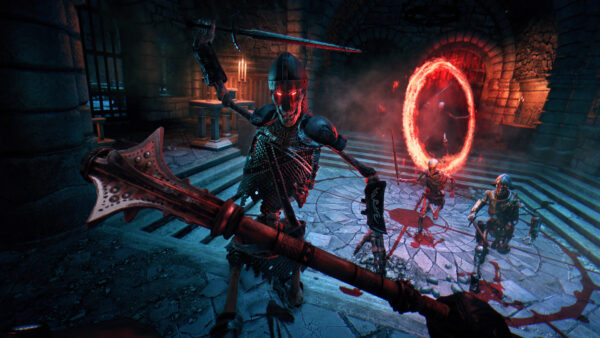 Dying Light PC is facing errors and issues like the crash at startup, Cannot Write in Game Folder, Error 3:0000065432, the game not launching, black screen, and more. Here I have compiled a list of errors and issues with the game along with their fixes.

Hellraid is the latest DLC to be released for Dying Light. The game launched in 2015 and still PC players are facing errors and issues with Dying Light like Error 3:0000065432, Cannot Write in Game Folder, crash at startup, low FPS, and more.

Dying Light players are reporting that they are unable to play the game as they get the following error.

You cannot write in game folder. You do not have write permission

The first fix is to give the game’s exe the admin rights. Right-Click on Dying Light’s exe > properties > Compatibility tab > check “run this program as an administrator”. Apply the change and the error will be fixed.

After that, locate the game’s install folder > right-click > properties > uncheck “read-only” and apply it. This will fix the Cannot Write in Game Folder error with Dying Light.

A lot of players are experiencing the “application load error 3: 0000065432” error with Dying Light. This error is occurring due to your Windows Defender or Anti-virus Software. Just disable the real-time protection and the Dying light error 3: 0000065432 will be fixed.

Dying Light Hellraid players are experiencing random crashes while playing the game and here is how to fix these crashes.

The first fix for the game’s crashing issue is quite simple, just revert Nvidia Control Panel settings to default. This will fix the game crashes.

If you are using third-party tools and software like MSI Afterburner then disable them along with Steam overlay and the game will stop crashing.

Your GPU might be causing the game to crash. Your GPU could be overclocked or old. If the GPU is overclocked, even if it’s factory overclocked, then revert it back to its default clocks using MSI Afterburner and the game won’t crash anymore.

If you don’t want to mess with the GPU clock then just limit the max FPS for the game. Open Nvidia Control Panel > Manage 3D Settings > Program Setting > select the game.

Turn “On” the “Max FPS limit” and set a value for the max FPS. This is a bit of a trial and error to find at which value the game will become stable.

However, if you are limiting the FPS below 60 then set the value at 30 otherwise players might face the frame pacing issue.

According to PC players, when they launch Dying Light, they get a black screen with audio playing in the background. To fix this issue, launch the game and when the black screen appears, press “Alt + Enter”. The game will go into Windowed mode and will start to display.

If that doesn’t fix the Dying Light black screen issue, then update your GPU drivers.

A lot of Dying Light Hellraid players are reporting that the game is crashing at launch or not launching at all. Here are the fixes for the Dying Light crash at launch issue.

For those who are experiencing the crash at launch issue with an AMD GPU, go to your Steam library > right-click Factorio > Properties > click “Set launch options”. Type “MESA_GL_VERSION_OVERRIDE=4.5 MESA_GLSL_VERSION_OVERRIDE=450 %command%” and press ok. This will get the game working for AMD GPU users.

If the above fix doesn’t work for AMD users and type “sudo ln -s /usr/sbin/lspci /usr/bin/lspci” in launch options and the game won’t crash at launch for AMD GPU.

Another reason for Dying Light to crash at launch could be the lack of admin rights. Right-Click on Dying Light’s exe > properties > Compatibility tab > check “run this program as an administrator”. Apply the change and the issue will be fixed.

Your anti-virus/Windows Defender might be blocking the game file. Either disable the anti-virus or exclude the game’s folder from it. After that, verify game files and the game won’t crash at startup.

Fixes under “Error 3:0000065432” and “Cannot Write in Game Folder” might also help you with Dying Light crashing at startup or not launching at all.

Disk Write Error is a common occurrence with Steam and here is how to fix it.

Right-click on Steam.exe > “Properties” . “Compatibility” tab > check “Run this program as an administrator”. Apply the setting and error should be resolved.

If the error continues to persist, open CMD and run it as an administrator. Use the following commands and press enter after each of them.
diskpart
list disk
select disk # (# is the number of the hard drive in which the game is installed)
attributes disk clear readonly.

In case the error is still isn’t fixed, go to Steam/logs/content_log. Scroll down and look for “failed to write”. Open the file and it has paths to some corrupted files. Follow the path and delete these files and Disk Write Error will be fixed for Dying Light.

According to players, they are unable to play Dying Light as they are getting missing .dll files like the following.

This can be fixed easily, just install the latest Microsoft Visual C+++ Redistributables, both x86 and x64 versions.

Another fix is to manually place the files in the game’s folder but I don’t recommend it as it can potentially put your system at risk.

First, install the latest GPU drivers and make sure there is no background process using too much HDD, CPU, or GPU.

Anti-aliasing-FXAA – “Off”
Anti-aliasing-Gamma Correction – “Off”
CUDA GPUs – “All”
Low Latency Mode – Player’s choice.
Set Power Management to “Prefer Maximum Performance”
Shader Cache – “On” only if you are using an HDD. Don’t need to enable it for an SSD.
Set Texture filtering – Quality to “High Performance”
Triple Buffering – “Off”
Set Vertical Syn to “On”, set it to “Fast” is the game still feels stuttering

Apply these changes and the game’s performance will improve significantly and the stuttering will be fixed.

That is all for our Dying Light fixes for errors like Error 3:0000065432, crash at startup, can’t Write in Game Folder, random crash, MSVCR110.dll Not Found, and more. If you are facing errors and issues with other PC games or your PC then also see our hub for commonly occurring PC errors and their fixes.