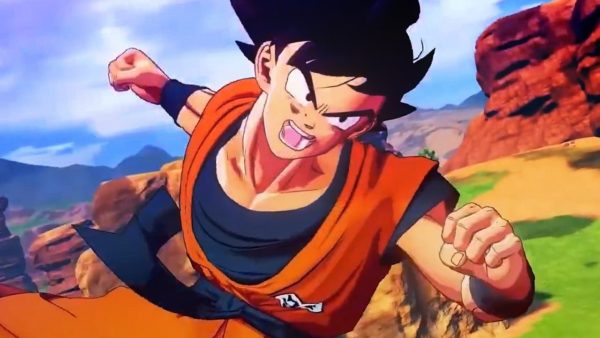 Dragon Ball Z Kakarot Beginner’s Guide will help you with the basics of the game like how to level up characters fast and how to unlock new techniques.

Dragon Ball Z Kakarot is an RPG that requires players to level up their characters and unlock new techniques or moves to fight enemies.

How To Unlock New Techniques

These Z Orbs allow you to unlock new techniques from the skill tree of the selected character as each character has its own skill tree. These Z Orbs are scattered around the world and their color varies depending on the region.

The blue orbs are found in underwater areas, while green ones are located in the forest. Find these orbs to unlock powerful moves for the entire team.

Another way to unlock new techniques is by participating in Special Training Sessions. In these sessions, the player will compete against either the defeated enemies or the character that they have currently selected. You first need a sufficient amount of D medals which can be found in difficult to access areas in Dragon Ball Z Kakarot.

You can also unlock new moves by earning Soul Emblems. These emblems are given by NPCs while you progress through the game’s story or complete side quests. These Soul Emblems can be used to develop the community board which in turn unlocks new skills.

Leveling up character is an important part of Dragon Ball Z Kakarot. With a number of characters available in the game, it can become a bit difficult to level up each of the characters.

Here we will discuss how you can fast level up the characters in the game. The following are the ways through which you can level up different
characters.

Combat
Combat is the main activity that you’ll be performing in the game. Win fights and earn XP to level up. With each level up your character’s stats, such as physical attack strength and melee defense, will increase.

Finding enemies isn’t difficult in Dragon Ball Z Kakarot thanks to the open-world structure of the game. Find enemies in the game’s world and defeat them to earn XP and level up.

Food And Cooking
You have to take good care of our heroes to keep them in shape to fight the invaders. To that end, you need to keep the team well fed. You can buy food, cook it yourself, or can ask Chi-Chi to cook it for you. Eating food will not only give a temporary stat boost but will also grant permanent bonuses.

Training
Traning areas are scattered throughout the game’s world. However, you need to have D-Medals to access these training areas. You can either fight already defeated enemies or the character you have currently chosen.

Community Board
Community Boards are an essential part of character progression in Dragon Ball Z Kakarot. You’ll receive Soul Emblems as you progress through the game’s story.

Use these emblems in the Community Board to unlock new techniques and passive skills. There are a total of seven community boards with each granting different bonuses.

Collecting Z Orbs
Collect Z Orbs, which are scattered throughout the world, to unlock new techniques. As I mentioned above, the color of the Z Ord varies depending on the region they are located in.

That is all for our Dragon Ball Z Kakarot Beginner’s Guide with tips on how to unlock new techniques, how to level up and more.