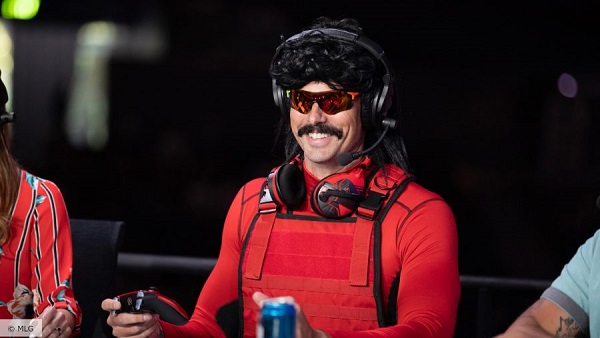 One of the top streamers and self-proclaimed “face of Twitch,” Dr.Disrespect thinks PUBG Esports events are too complicated. The coverage and how the events are presented makes it hard to connect with the teams and enjoy the stream.

During his latest Twitch Stream, while playing PUBG, Dr.Disrespect stated that PUBG is the “funnest” games to spectate, however, over-complicated Esports events are ruining it.

Been watching some of those Battlegrounds pro matches. I don’t know what to think of them. Like I’m watching more of UI. Here’s the perfect analogy for watching PUBG matches; it feels like watching a simulated match. You know how it Madden/NBA2K rather than you play against the computer you go ‘hey, let me simulate that game.’ That’s what it looks like to me.

Doc suggested that PUBG Esports events should remove all the “ugly-looking” colors and UI. Especially remove extra UI, numbers, and colors after the first match. Doc gave one of his “million dollar” ideas to PUBG Esports organizers, explaining how they can make those streams and matches more fun to spectate.

PUBG Esports events are still relatively new and these events have been criticized for various reasons in the past; some events saying that they are “fail for the viewer.”

PUBG competitive events surely need improvements and as they grow and evolve, we can expect changes. Hopefully, the changes will be for the better.