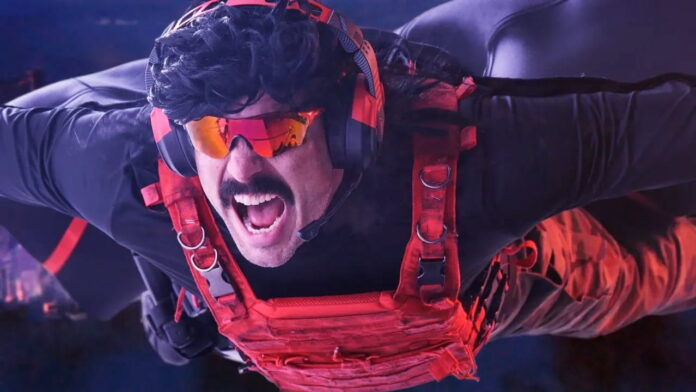 Dr Disrespect has not been allowed to compete in the recent Warzone tournaments. This might be related to him being banned from Twitch. Since then the Dr has moved to YouTube. This has also kept him from streaming with plenty of his fellow streamers but the Warzone tournament setback is about to change.

Dr Disrespect was not allowed to take part in the recent $100K Warzone tournament but now he has confirmed that he is allowed to complete in upcoming Call of Duty battle royale events.

One of the viewers of a recent stream brought up the issue and mentioned that it was wrong that the two-time was not able to compete in these tournaments and that his energy is needed at such events. Dr Disrespect had the following to say in response to the comment:

Well, we’re allowed to compete. Flip phone rang the other day, good news: we can compete in Warzone tournaments again.

The two-time expressed his frustration and went on to mention the following regarding the matter:

Why did they even not let you do it? I don’t know man. I mean, I designed like half the maps for Call of Duty: Advanced Warfare! But I don’t really like to talk about myself. I don’t wanna get into it.

It is nice to know that Dr Disrespect will be allowed to play in upcoming Warzone tournaments. He has been missed and his comeback will be great for the fans and the industry. He has been away from these events for far too long and getting him back in the game is going to be a great sight. If you are interested in watching the complete stream then you can check it out below:

Let us know what you think about the whole twitch ban situation and whether or not you will be backing Dr Disrespect when he competes in the upcoming Warzone Tournaments. Things are about to get much more interesting!