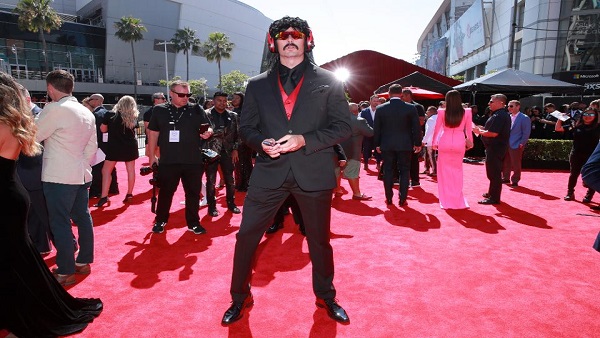 In the last 24 hours, the world of social media is set ablaze after the abrupt disappearance of Dr Disrepect. Twitch issued a permanent ban to Dr Disrepect’s channel for reasons unknown. It is one of those rare times when Twitch hasn’t said anything regarding the ban, other than releasing a boilerplate statement. Since the ban, there have been little to no updates so understandably fans are losing their minds on Twitter, Reddit, and Facebook. But it looks like we finally have a post ban update from Dr Disrespect’s camp.

Over at his official Discord, which was reportedly banned by the way, a brief statement from Doc himself is shared. Moreover, Doc has been online for pretty much the whole day.

Baseless speculations and/or rumors will not be tolerated in the Discord. Be patient, and wait for Doc to release an official statement.

No way do we fall for the phoniness -DrDisrespect

During his final moments on stream on Thursday, Dr Disrespect talked about the David Icke documentary. The gist of the documentary is that there are shape-shifting extraterrestrial reptilian humanoids living among us; that’s David’s theory.

Later his stream abruptly ended and he walked out. Since then there have been a ton of theories, from sexual assault to cheating on his wife, etc. Let me tell you this, if it was anything of that sort, it wouldn’t have gotten out by now. Dr Disrespect’s character has made many enemies in the media over the years and they wouldn’t miss the opportunity to tear him down. If it was sexual assault, abuse, and/or harassment, someone would have found something. The number of journalists working on this would have found the cause.

No, He Didn’t Lose Sponsors

Multiple reports claim that Doc lost his sponsors but that’s not the case. However, the reports weren’t 100% false as they were based on Doc’s removal from  Game Fuel Twitter, and Discord. But in the past few hours Game Fuel has put Doc back up on its Twitter and the 2-time is also all over Game Fuel’s official website. The same is the case with his Discord, it got removed and then it went back up. 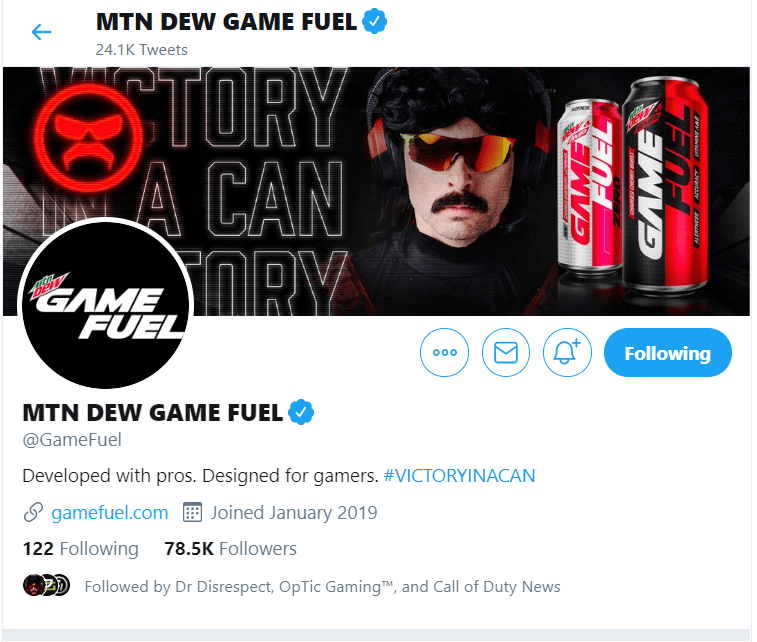 No, Dr Direspect is not arrested. There is no official record of his arrest at the San Diego sheriff’s department.  No one by the name of “Guy Beahm” was arrested in Encinitas. It looks like we can rule out an arrest for tax evasion or rape, as some theories suggest.

Is This a Viral Marketing Campaign?

Dr Disrespect is known to act larger than life so it won’t be any surprise if he pulls this off. His statement on Discord (“No way do we fall for the phoniness”) combined with the fact that he was discussing shape-shifting reptiles, and his unlike Doc demeanor, this could be a viral marketing campaign. If it is, this could swing in one of  the following directions.

watching a video of the last 8 minutes of todays DrDisrespects stream, he changes behavior abruptly and mumbles out an extremely odd ending

the dr. disrespect thing FEEEEELS like it could be a publicity stunt for an event or an announcement – and perhaps they are in cahoots with like twitch staff and reporters BUT

good lord i’m so anxious to know the story lmao.

Dr Disrespect Taken Over By A Shapeshifting Reptile: As part of the viral marketing campaign, it is possible that the person we saw in the stream wasn’t Doc at all. In fact, he was taken over by a Shapeshifting Reptile. Him abruptly leaving after saying hearing something in the back and saying “fuck” could mean that the real Dr Disrespect entered the arena so the reptile is about to get his ass kicked.

The Reptiles Attack:  Another theory is that the reptiles attacked the Arena and it is now under siege. Doc is currently fighting it out to protect the Champions Club.

If this is a viral marketing campaign than Doc has pulled off probably the biggest campaign in recent memory; involving multiple entities and making a fool out of so many people. Knowing Doc and how he has done crazy stuff like this in the past, who remembers Alex in Area 51? It isn’t out of the realm of possibility that this is a marketing stunt but what for?

I’m so invested in this whole Dr Disrespect situation. This is the most intense cliffhanger I’ve ever seen and all the conspiracies are fucking wild

Dr Disrespect’s TV show is coming out soon from the creators of The Walking Dead. The most likely explanation is the TV show if this is a viral marketing stunt. But on the other hand, his falling out with Twitch could be real but the rest is a hype stunt before he moves to a different platform.

At the concession stand inside Doc’s arena, a message popped up days before the ban. 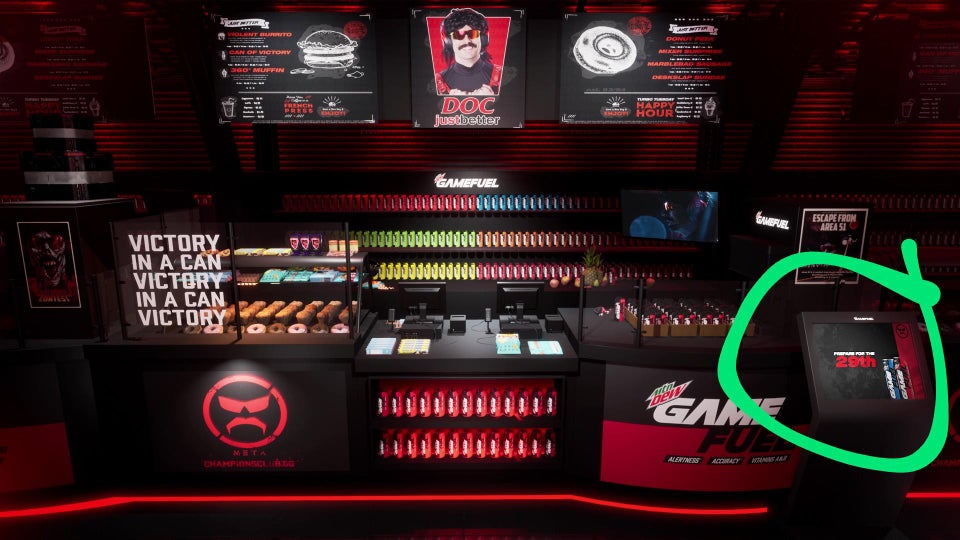 Prepare for June 29,  we have little over 24 hours to ago before June 29 so it isn’t long before we find out more about this mysterious message.