Doom Eternal is “Junk Food,” And “We’re Proud Of It,” Says Id Software

id Software, the creator of Doom Eternal, has packed in a ton of new mechanics and systems in the sequel to 2016’s Doom. New systems that are not merely iterative, they almost create their own language, one that you must be fluent in to play Doom Eternal the way its makers intended.

According to producer Marty Stratton, many played Doom 2016 the way it was meant to be played, switching weapons, using movements for offense and defense.

But many could just end the game using the Super Shotgun which is not how the developers intended the game to be played. It’s like an exploit that creates an “abhorrent experience, and repetitive experience.”

What the studio also doesn’t want is the players shooting demons in a corridor. id Software wants Doom Eternal to change the “corridor shooter” image of this franchise.

The franchise is still considered a gloriously gory guns’n’demons corridor shooter but Stratton and game director Hugo Martin say we should get all we can eat from Doom’s buffet of supercharged demon hunting. The studio has a funny but appropriate analogy for Doom.

Doom is junk food, and we’re proud that it’s junk food, but it doesn’t mean it can’t have a ton of nutrition in it. And that’s what we want people to really experience – it’s super fun on the outside but it’s smart on the inside, and we’ve really refined the experience.

Doom Eternal goes beyond just making Doom 2016 bigger and better. The game gives players a raft of tools and techniques to master each stage, each gun has a different effect and function which makes it more suited for certain situations. Every weapon comes a couple of mods that acquired as you progress the game. Doom Eternal is releasing on March 20th, 2020 for PlayStation 4, Xbox One, and PC. 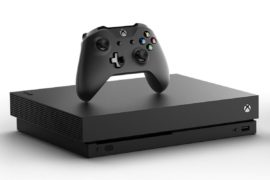