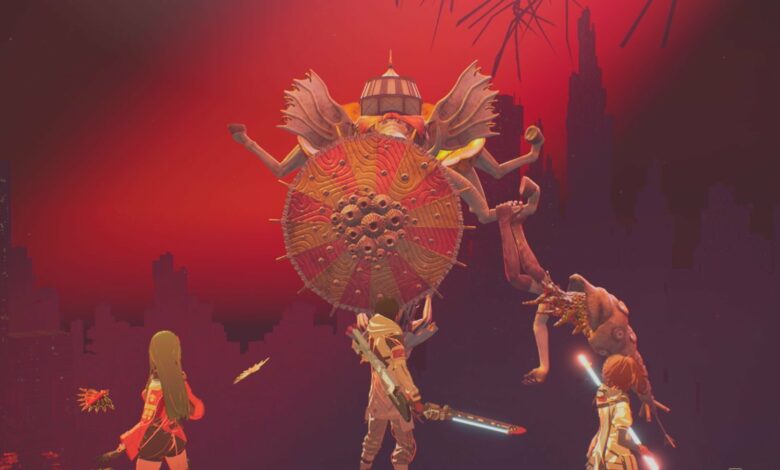 There are some variations in the story depending on which protagonist you pick but there are some bosses that you will have to beat in either case. In this Scarlet Nexus guide, we are going to walk you through how you can beat Dominus Circus.

Dominus Circus is not easy to beat as it is one of the bosses that you encounter at the later stage of the game. When you think you have beaten him, he is going to get back up. This is going to happen 4 times.

Fortunately, the boss has practically the same attacks in the different phases. You can follow the same strategy for each of the boss phases. We recommend staying behind the boss and attacking from here so that your attacks connect and the boss does not dodge them. The boss can use the umbrella to save itself.

The umbrella is not the only weapon in the arsenal of Dominus Circus. The boss can summon a water wall. Do not try to walk through it as you will die. You can however teleport through it.

Watch out for the water attacks. The boss can shoot a water beam from the umbrella. This can deal a lot of damage. Once the water attack has ended, the boss is going to charge at you. You need to avoid getting hit by moving left or right on time. Timing is going to be key here.

The boss can also use smoke to blind you. This happens from the second phase and onwards. Once the arena is full of smoke a black blob is going to track you. Run away from it and avoid it. The blob is pretty visible so you will see it coming even when the smoke is blinding you.

Use your melee attacks and throwables that are floating. Fire weapons are going to deal the most damage to this boss.