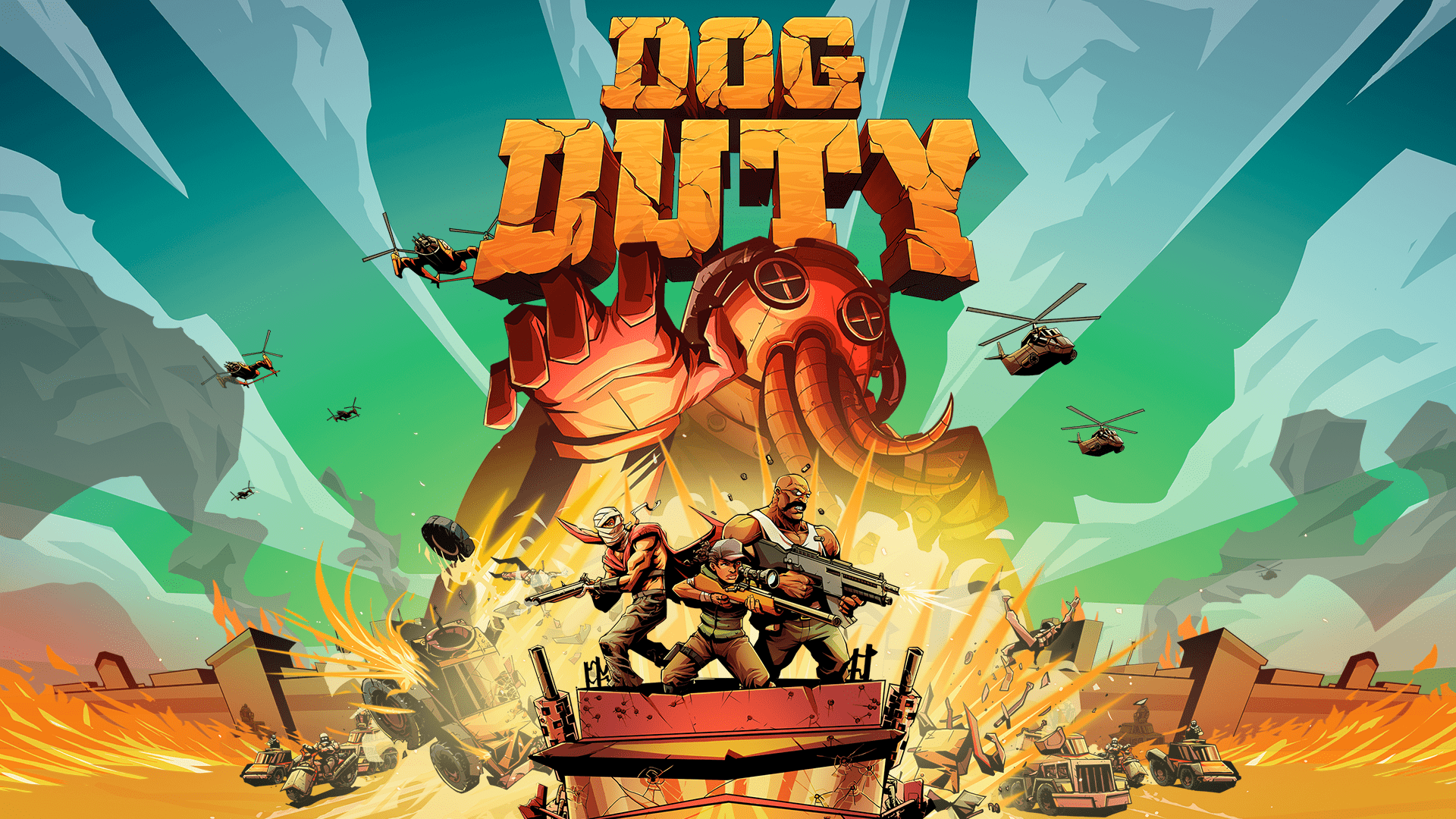 Players can soon fight the evil bigwig octopus commander and his army in Dog Duty. The octopus-infested Real-Time Tactics game will get its full release on Nintendo Switch, Playstation 4, Xbox One and Steam on September 17, 2020. Control a squad of three characters and wreak havoc, destroy installations and fight the exotic and evil Octo-Army in an open-world setting.

A Nostalgic Feel Of The 80’s And 90’s
Dog Duty was inspired by classic games and TV series such as Commandos and G.I. Joe. Created based on the nostalgic memories from developer Zanardi & Liza, classic villains such as Mojo Jojo from The Powerpuff Girls and Dr. Eggman from Sonic the Hedgehog played a big part in the development of the evil octopus army.

It’s the way these villains think of themselves as the greatest beings alive. The same characteristics apply to the octo-bosses that players have to fight against in Dog Duty. The octopuses lend themselves well to powerful and unique creatures that bring a healthy dose of humor and chaos, much like the villains from classic 80s and 90’s series. The retro graphics, upbeat music and fast-paced Real-Time Tactics style of the game provide a unique old school feel that appeal to young and old.

About Dog Duty
Control a squad of misfits as they go up against some evil bigwig Octopus Commander and his army who are threatening world peace. In this fun, fast-paced Real-Time Tactics game, you go into combat and use guerrilla warfare to eliminate all octo-scum. Fight on top of your moving vehicle as you go from island to island to liberate outposts and defeat wicked bosses in their crazy octo-machines. Wreck those squids up, but beware, they’re well-armed.

Let us know what you think about Dog Duty coming to Nintendo Switch, Playstation 4, Xbox One and Steam next month and whether or not you are interested in playing the game.