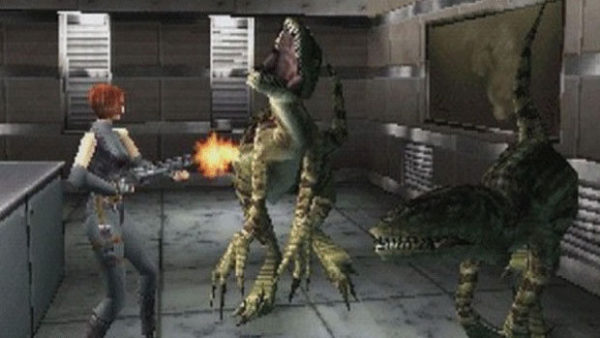 Fans of the Dino Crisis franchise have been asking for a Dino Crisis remaster or remake for quite some time. Capcom, on the other hand, has said nothing about the franchise coming back. But it seems that we might be getting a Dino Crisis Remake (or something) soon.

Dino Crisis creator Capcom has filed a trademark for the game in Japan. The Dino Crisis trademark by Capcom was filed on November 29, 2019, and was published today, December 17, 2019. It is anyone’s guess what this trademark is for but considering Capcom’s recent love for remaking classics, a Dino Crisis Remake is a huge possibility. Of course, we would also love a brand new entry into the series but well, we’ll to wait and see how this trademark plays out. 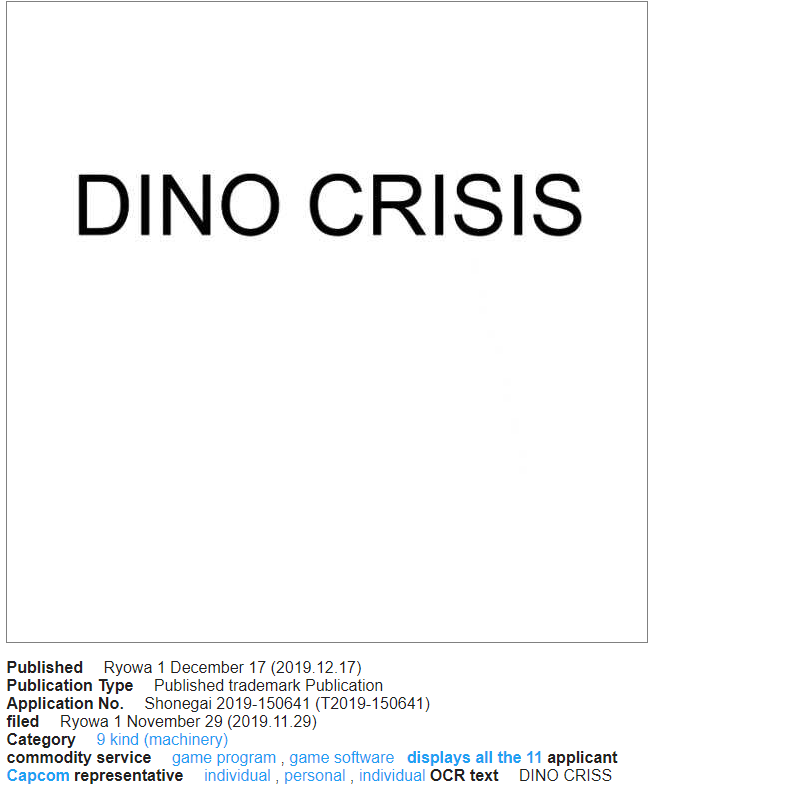 One thing to be noted here is the font of the trademark doesn’t match any of the previous Dino Crisis games, so make of that what you will.

With Capcom launching Resident Evil 3 Remake next year, which is the second one in a row, there is a high possibility that Capcom might be working on a remake for the game. Dino Crisis Remake is a highly demanded game from fans and recently Capcom has been in the mood to give fans what they want.

Capcom is working on Resident Evil 3 as we speak which is slated for a 2020 release. Seeing how we are heading towards a brand new console generation it would make sense for Capcom to hold the Dino Crisis Remake announcement until 2021. It seems like a suitable announcement window for the remake, that is, if the game is actually in development. With patents and trademarks, nothing is ever certain, Capcom might just b renewing the patent but it is exciting to think of the possibilities none the less.

Do let us know what you think of the trademark in the comments below. As always, for more exciting gaming news, leaks, and inside info, stay-tuned to RespawnFirst.