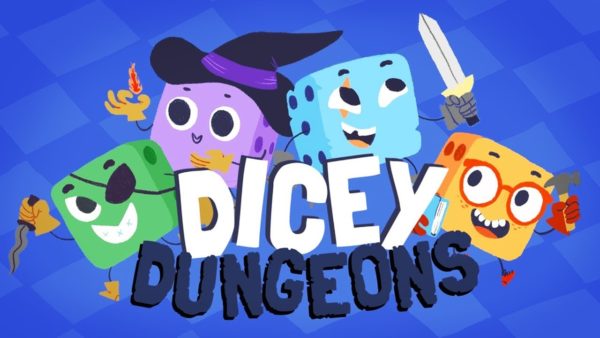 Dicey Dungeons Bosses Guide will help you defeat all of the bosses in the game with tips on their immunities, strengths and strategies necessary to defeat them.

Before we start on how to defeat each boss in Dicey Dungeons, just make sure you are doing these things first. Always kill all of the monsters before going to the next floor. Doing this will make sure your character is at max level before facing engaging the boss.

If you miss one monster, you’ll miss out on leveling up. What it means is that you’ll be facing the boss with health being 4 less and once less dice per turn. With that out of the way, let’s begin our Dicey Dungeons Bosses Guide.

How To Defeat Aoife

This is a rather simple boss in Dicey Dungeons. As you face this boss, she’ll use her highest dices for Tower Shield and a lower dice for sabre which will increase her shield and damage.

In the worst scenario, you will have to destroy 12 shield and Aoife deals 16 damage. You need to make sure her shields won’t accumulate and must be destroyed every turn and for that you need to ensure 12 damage every single turn.

All you have to do is be patient, destroy her shields and then deal some damage. It will take a while but you’ll eventually defeat her.

How To Beat Buster

This boss only deals fire damage and is immune to fire damage. So, drop all fire based equipment before facing this boss. Bring strong items like Crystal Sword with you. Not much strategy goes here other than that you use any dice against Buster except for Burning Dice.

How To Beat Jester

Jester is a special boss and defeating this boss will unlock the Jester character class. This boss isn’t a very difficult one despite having the ability to change its equipment every turn.

How To Defeat Scathach Boss

This is a sort of unpredictable boss fight as Scathach varies depending on dice rolls with each dice number having a different effect. While she only rolls one dice per turn but the damage she deals is high and can deal up to 12 damage per turn. Also, when she rolls 5 or 6, you’ll receive a status effect no matter what on everything you have.

In order to defeat Scathach you need to inflict shock status. This boss skips her turn if you shock the right item which is good considering she only rolls once per turn.

However, Scathach is immune to freeze and lock, so remove them before facing this boss in Dicey Dungeons.