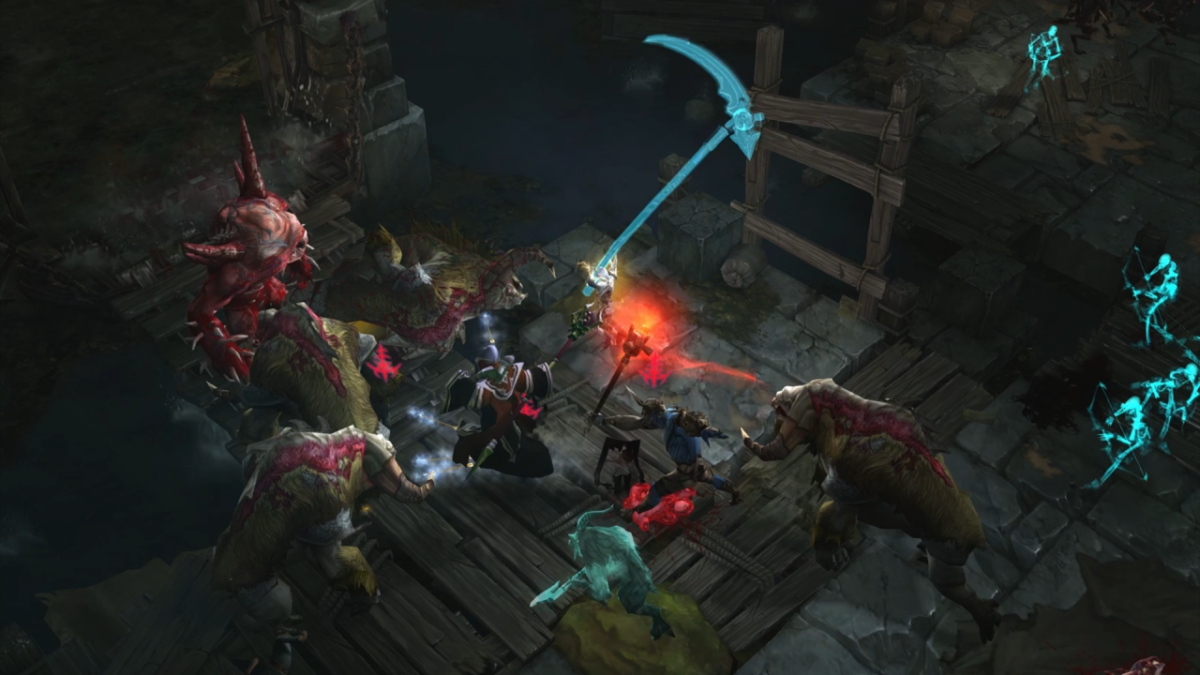 One of the biggest disappointments of 2018 was the lack of Diablo 4 news at BlizzCon. Blizzard Entertainment ended the BlizzCon with the announcement of Diablo Immortal. The mobile game immediately saw backlash from the attending PC audience. The gameplay trailer became one of the highest disliked videos in Diablo history.

The Blizzard employees working on Diablo asked the community to remain calm. They shared more news later on to reassure fans that Diablo 4 is coming. Everything we know about the current state of Diablo 4 is discussed in this article. We will update the article with more information as it comes.

At BlizzCon 2019 Activision Blizzard will reportedly discuss its next Diablo game. But there is more interesting news expected out of the company this year. At or around the time BlizzCon 2019, we may hear something about the rumored  Overwatch 2.

Last month ex-Blizzard employee sat down for an interview with French news publication Le Monde. The interview revealed that the unannounced project in the Diablo series came to France. Activision Blizzard hosted a presentation for French employees to show Diablo 4. Why would the developer show the game to the team working in France? It is speculated that the French are coming on-board the development team to speed-up development.

Diablo 3 released back in 2012 which means it’s been a long time since we saw a new Diablo game. One would think it is enough time for Blizzard to finish development but the journey wasn’t easy. Reportedly, there were many hiccups along the way. In fact, Jason Schreier from Kotaku claims Diablo 4 announcement got pulled from BlizzCon last year. He reported that due to the development issues the team couldn’t progress enough to show the game at the event in 2018.

Blizzard denied this claim but Schreier stands by his report to this day.

The Cancellation of Starcraft FPS

The cancellation of Starcraft shooter game is directly linked to Diablo 4. The company was working on a Starfract first-person shooter game, codenamed Ares. Kotaku reported last month that Activision is no longer interested in developing it.

The shooter based on Overwatch engine placed the player in shoes of a Terra marine. Our lead fought Zerg Aliens but now his journey will never see the light of day. Many Blizzard employees reported that Starcraft FPS got canceled due to Overwatch 2 and next Diablo game. Blizzard wants to ramp up production of its cash-cow IPs. Starcraft isn’t as lucrative anymore which means it’s not a priority for Activision Blizzard.

The hard work of the team is shelved which is unfortunate. One of the developers, David Gibson, Tweeted his departure from the company. Fans were understandably mad about the situation but Gibson asked them to remain calm. He explained that game development is hard and there are no guarantees in this business. He doesn’t blame his former employer.

Unfortunately, you’ll never see what we made over the past 2 years. Game development is hard & uncertain. There are never any guarantees when working on a project and Blizz did nothing wrong. Please stop the hate toward Blizzard.

Seeing the backlash the company released a statement saying:

There is always the possibility that we’ll make the decision to not move forward on a given project. Knowing that changes or disappointments can happen doesn’t make it any less painful when we have to shelve a project or when an announcement doesn’t go as planned.

With the end of Starcraft shooter, the focus is on Diablo and Overwatch.

The Hiring for “Unannounced Projects”

Activision Blizzard has posted many job listings at its official website. The company is looking for artists, animators, programmers, and more. The company isn’t trying to hide the fact that these hirings are for new Diablo games. As previously confirmed there are more than one Diablo game is development. One of these games is Diablo 4 while the other is Diablo Immortal. If there is any other project in development, we don’t know about it yet.

Reports say the game’s development hasn’t been going smoothly over the years. Something similar happened with Diablo 3 as many iterations of the project were scrapped before the final version. It is a routine process for game development but if the process takes longer than it should, it becomes a concern.

From 2014 to 2016 Blizzard Entertainment worked on something called Diablo Hades. This was a project similar to Dark Souls, an over the shoulder camera hardcore dungeon crawler. Diablo 3 director Josh Mosquiera was leading the team but eventually, the project didn’t come together. Most of the team moved to Rise of the Necromancer DLC for Diablo 3.

The current direction of Diablo 4 takes it down Diablo 2’s road. Codenamed Fenris is going to be a traditional isometric Diablo game. Diablo Fenris is the game Blizzard Entertainment plans to share BlizzCon 2019.