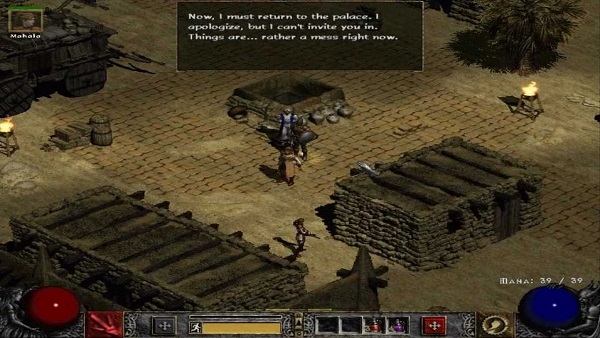 While it is hard to see Blizzard Entertainment not committing to any Diablo 4 news, it seems at least some good news is about to come out soon. According to a new rumor, Blizzard is working on a Diablo 2 remaster which is slated for 2020. It is a beloved franchise that has been on hiatus for a long time, a Diablo II remastered game would serve as a good appetizer before we get Diablo 4 information.

The news comes from a French website that cited its sources who confirm Diablo 2 remastered for some time this year. However, the problem is that many of the original assets may not have survived. Back when Blizzard announced Starcraft 2 Remastered many fans demanded the same treatment for Diablo II. Sadly, doing the same with this one may not be possible, according to the original creator David Brevik.

They have their work cut out for them. I don’t believe a lot of the assets survived. I think that remasters are okay, they’re fine, but you have to be really careful with remasters and there’s this delicate balance. For instance, the world of Diablo 2 is broken up into tiles.

Creating remakes or remasters can be risky at times. We have seen what happened with Warcraft 3, a game universally loved but hated with passion after the remaster release. The blame false on the developers for poorly handling the project which is something Brevik is concerned about if Blizzard announced it’s working on the Diablo II remaster.

If you do a remaster, this is going to sound terrible, I am going to sound like an old fogey here, but kids these days don’t understand how games were made back then. They were nothing like they’re made today. Everybody would just make 3D artwork and put it on a 3D grid that works except for it doesn’t work. Because the moment that you change the fundamental way that you interact with the game and you move around the world, you’re changing the game.

On a fundamental level that can not be really comprehended unless you’re a programmer that has done this kind of thing before… if they do a Diablo 2 Remaster, it’s going to be difficult to make it feel exactly like the same game”, added Brevik. “They could do it but they will have to go out of their way to ensure that they are simulating the way that the game works in 2D instead of making it 3D, if that makes sense.

Hopefully, the next time we hear of anything related to this franchise it would be when Blizzard decides to share Diablo 4 news with us. Of course, no one is against the Remastered version of a classic either.