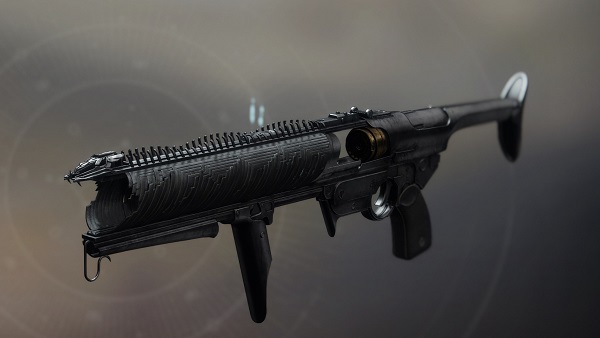 Witherhoard is the new Exotic GL added to Destiny 2 with the release of Season of Arrivals. Joining the ranks of Mountaintop, Fighting Lion, and Martyr’s Retribution, Witherhoard is a special GL with fairly unique perks. However, to unleash its true potential, you should consider completing its Exotic Catalyst which makes Witherhoard even better. In this Destiny 2 Season of Arrivals guide, we will walk you through everything you need to know about unlocking Witherhoard Catalyst and tips to complete it.

Acquiring the Exotic GL is as simple as it can get. People who own the Season Pass unlock Witherhoard instantly. As for those who have the Free Pass must rank it to Rank 35 to acquire it. Before we talk about acquiring and completing the Witherhoard Catalyst, let us talk about the perks that make it as unique as it is:

Once you complete the catalyst and masterwork it, you receive the Silent Alarm perk which does the following:

Now let us talk about acquiring and completing the catalyst for Witherhoard:

How to Get Witherhoard Catalyst

In order to acquire the Witherhoard Catalyst, you will need to complete a lengthy questline called The Bank Job. To get the questline, speak to Banshee-44 in the Tower and he will give it to you. As mentioned earlier, completing The Bank Job requires you to complete multiple steps which are:

High-Stakes Heist
To complete this step, you need to defeat combatants with Kinetic or Special GLs in order to acquire 50x Vault keys. You can increase your chances of earning Vault keys by rapidly defeating enemies. First of all, I highly recommend doing it with Mountaintop or at least Fighting Lion. Also, make sure that you have Grenade Launcher Scavenger, Grenade Launcher Ammo Finder, and Special Ammo Finder mods equipped.

There are a few ways you can do this step. You can do this in Escalation Protocol, in Leviathan’s Castellum, in the green room in Whisper of the Worm mission, or by putting in the Wish for Shuro Chi. Simply fire up your favorite activity, listen to a podcast, and fire away.

Crime Spree
After you manage to earn 50x Vault keys, you will get the next quest step which is Crime Spree. This one requires the following:

Remember that winning in Crucible, Gambit, and completing Nightfall: The Ordeal provides the most efficient progress when earning Filthy Lucre. Multikills are pretty self-explanatory. As for 100 Grenade Launcher Guardian Eliminations, I would suggest waiting for Momentum Control and then going in with the Mountaintop or Fighting Lion on some easy one-shot eliminations. You can, of course, also do this in any Crucible playlist if you are good enough.

Once you are done with the Crime Spree step, you will be provided with the Witherhoard Catalyst in Destiny 2 Season of Arrivals.

This is how you can acquire and complete the Witherhoard Catalyst in Destiny 2 Season of Arrivals. For more help on the game, you can check out our detailed Destiny 2 wiki guides.