Before we start, let us talk about things you will run into during the strike:

Unlike the Arms Dealer which was last week’s GM Ordeal, you will have to deal with all three kinds of champions in Warden of Nothing.

I would suggest two people running Eriana’s Vow since it can become a little hard for one person to break through the barriers. You will also have to deal with all types of elemental shields so make sure to prepare accordingly. Coming to fireteam compositions, there are a few options at your disposal:

Coming to recommended weapons and mods, you can choose anything from the following:

In our run, the following is what we ran and managed to complete the entire thing in about 25 minutes with plenty of rez-tokens to spare:

Similar to other GM Ordeals, you need to take things slowly and never rush things. If you see Vex and Cabal champions going at each other, let them damage each other and then kill one before focusing on the other one.

In the mines section, tether the enemies as soon as you get there and then rotate through Mine C toward Mine B and kill all the enemies from there.

In the boss room, if you are running 1x Divinity and 2x Izanagi’s Burden with Wendigo GL3, you should be able to hit the boss with 6x Explosive Shots, 2x Honed Edge Izanagi’s Shots, and then Wendigo again to melt the boss instantly.

This will, of course, require you to have a Titan Bubble and Well of Riddance.

To cheese the boss in Warden of Nothing, one player will need to climb on top of the platform on the right side of where the boss spawns and continue to whittle away at its HP with Anarchy, any gun not called GLs, and grenades.

This is how it should look:

This is all we have got in our Destiny 2 Season of the Worthy Warden of Nothing Grandmaster Nightfall Ordeal guide. For more help on the game, you can check out our Destiny 2 wiki guides. 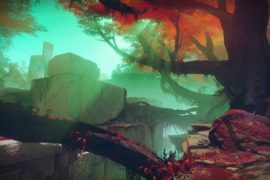 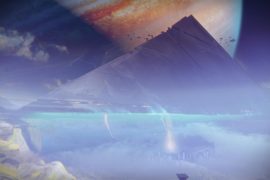 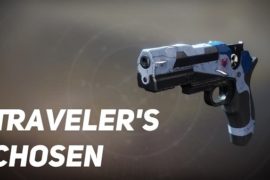