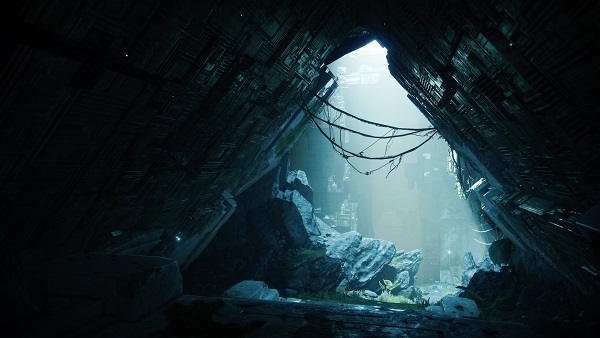 Strangers in Time is the fourth raid challenge for Vault of Glass that must be completed during the Gatekeepers challenge. Unlike other challenges in VoG, this one is mostly about communication. There are no complicated mechanics involved when it comes to this challenge but it can still be a little frustrating, especially when doing it on the ‘Master’ difficulty. In this guide, we have detailed all there is to know about how to complete the Strangers in Time raid challenge in Destiny 2: Vault of Glass.

The raid challenge requires players to defeat the Praetorian and Wyvern in roughly 5 seconds of each other at the same time during the Gatekeeper encounter.

An important thing that has left a lot of players confused is that the challenge is not talking about Praetorian and Wyvern belonging to the same side i.e., Mars or Venus. Strangers in Time requires players to defeat Praetorian on one side and Wyvern on the other side within 5 seconds of each other.

By now, it should have become clear that the raid challenge requires communication more than anything else. Before talking about how the challenge plays out, let’s talk about recommended weapons, subclasses, etc.

With that out of the way, let us talk about completing the challenge.

Start the encounter as normal by defeating the Gatekeeper and picking up the Relic. Two players dedicated to be plate-holders should have Anti-Overload, Witherhoard, Breach & Clear mod, etc. to keep the portals open at all times.

Two players should enter both the portals i.e., Venus/Mars, Red/Green, Left/Right at the same time. These players must communicate where the Praetorian is so that the Relic-holder enters that portal. The player holding the Relic must not use the Slam Attack, Super, etc. in order to destroy Praetorian’s shield – a Light Attack should do the job just fine. Break the shield and immediately drop the Relic for the other player to pick up.

In the meanwhile, the player that has the Wyvern should use things like Anarchy, Xenophage, etc. to lower its HP so that it is at a sliver of HP. Once that’s done, communicate with the other side and defeat both of them at the same time.

Note: Gatekeeper that periodically spawns in the main area should be defeated as soon as it appears since it can block the portals and mess up the timing.

Also, do note that players cannot leave one portal and immediately enter the other one – there is a cooldown of 10-20 seconds. Due to this, it is a good idea to pass the Relic to the player in the main area who is not responsible for a plate.

Continue to pass the Relic, defeat the Gatekeeper whenever it appears, and defeat the Praetorians/Wyverns at the same time until the entire fireteam is required to defend one last conflux in the main area. At this point of the encounter, the challenge is completed so defeat everything, do not wipe, and complete the encounter.

That is all we have got in how to complete Strangers in Time raid challenge in Vault of Glass. For more help on the game, feel free to check out our detailed Destiny 2: Season of the Splicer wiki pages.