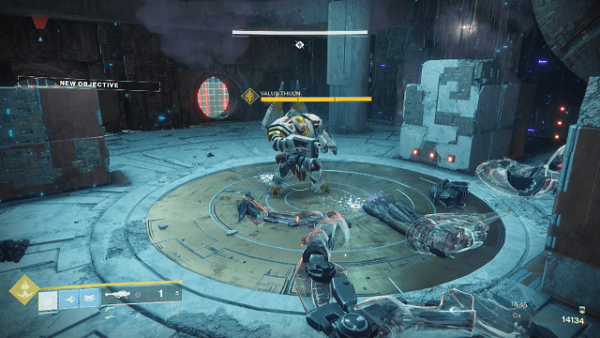 For some unknown reason, Bungie decided to throw all Grandmaster Ordeal Nightfalls in rotation, making the Conqueror title/seal achievable. In order to attempt these incredibly difficult activities, you need to be at least Power Level 1025. However, because of “Content Mode” being active, a Power Level above 1025 does not provide any kind sort of incentives. In this guide, we will walk you through everything you need to know about completing Tree of Probabilities Grandmaster Nightfall Ordeal in Destiny 2 Season of the Worthy.

It goes without saying but Tree of Probabilities is arguably the hardest among all the GM Ordeals in the game. But first, let us talk about things you will run into:

While you will not find any Unstoppable Champions in this Ordeal, do note that both Overload and Barriers regenerate HP very quickly so you will need to constantly disrupt them to prevent them from doing so. You will also need to deal with Void shields on Cabal and Arc shields on Harpies, therefore, try to prepare accordingly. Let us talk about fireteam compositions:

Coming to weapons and mods, there are a few choices at your disposal but some things work better than the others:

Do note that it is totally fine if you do not own Warmind mods. We did our entire run without any but it goes without saying that having the mods help a lot. To give you a better understanding, this is what we ran:

From there on, it should be a smooth sail to the final boss. Remember to let the Wanted Enemy escape before you push forward. Do not jump directly into the boss’s room. Remember that defeating the last enemy in the boss room will spawn the boss.

As soon as you see the boss stomp the Minotaur, place a Ward of Dawn on top of the boss and start swinging with your swords. Remember to only use the Light Attacks to conserve ammo. If you do not miss your swipes, you should have the boss at about 25% HP before he moves into the next room.

After the boss moves away, move a little back and place the second Ward of Dawn or Well of Riddance if necessary and let the Overload Champion push you. He will most likely get into your Ward of Dawn – this is your chance to disrupt him with swords and kill him.

Tip: Killing the Overload Champions in an area immediately opens up the next room.

In the final room, place the second Ward of Dawn in the center of the room (upper section) and let the boss charge you. As soon as he gets into your Ward of Dawn, start swiping and claim your Conqueror title.

This is all we have got in our Destiny 2 Tree of Probabilities Grandmaster Ordeal Nightfall in Season of the Worthy. For more help on the game, be sure to check out our Destiny 2 wiki guides.