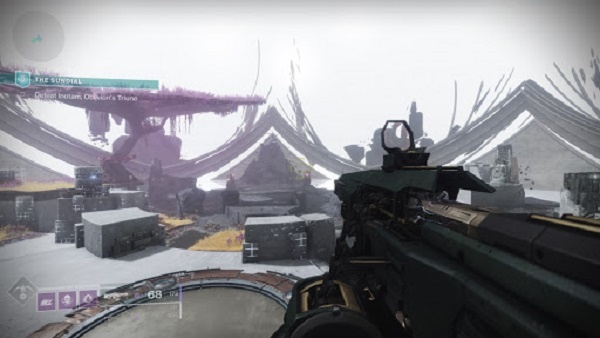 With this week’s reset, Sundial in Destiny 2 Season of Dawn has the final rotating boss, Inotam. While Inotam, Oblivion’s Triune isn’t incredibly hard to deal with, he can be a little confusing since he features all the Psion Flayers from the earlier weeks.

You must go through all 3 boss phases. I don’t think you can actually melt the boss but I’ve yet to test it on my own. If you’ve done it, be sure to let me know!

Before we talk about how the Inotam boss fight plays out, let’s quickly discuss loadouts that you should consider running:

Warlocks should run Well, Hunters should go with top-tree Tether, and Titans should run Bubble. If you’ve more than one Warlock, you can also consider running slo-va with Contraverse Hold. But you should’ve no issues running anything you’re comfortable with.

Soon after the fight starts, you’ll have a little while to damage the boss. Land your Izanagi/Mountaintop shots and you’ll be teleported to the Corridors of Time.

In there, you’ll face one of the 3 Psion Flayers from previous weeks alongside some ads. Deal with the boss any way you see fit and you’ll be brought back to the main boss arena. Once back, you’ll have to cleanse a plate by standing on it and clear ads at the same time.

Once cleansed, you’ll be able to damage Inotam before its immunity kicks in. Since the boss fight has all 3 Psion Flayers, be prepared to deal with Void cage, Arc lightning, and Solar fireballs.

From there, you’ll have to repeat the same process again. During the consequent phases, you’ll have to clean 2 and then 3 plates to drop the boss’ immunity shield. Keep at it and you’ll kill Inotam in no time.

Successfully killing Inotam in D2 will reward you with Flayer Slayer triumph and unlock the Empyrean Foundation. If you’re looking for more on Destiny 2 Shadowkeep, be sure to check out our Destiny 2 guides page.