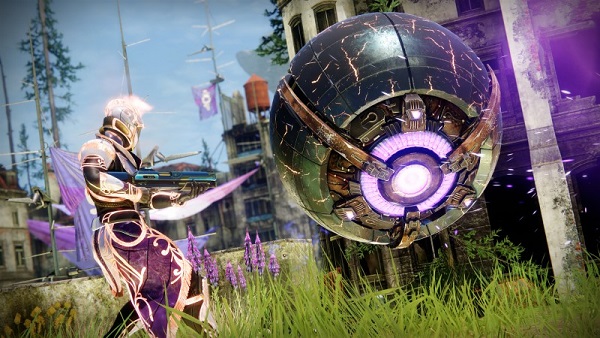 Solstice of Heroes is a celebration of Guardians and their incredible feats in Destiny 2. There is a new armor set to upgrade and plenty of other rewards to chase. In this guide, we have shared all there is to know about Solstice of Heroes 2021, upgrading armor, and earning rewards.

Solstice of Heroes 2021 lets players revisit the European Aerial Zone. It is a 3-man matchmade activity that requires players to roam around the area to defeat the maximum number of mini-bosses in under 5 minutes. The important thing to note is that only 2 mini-bosses are available at a time and players should split up to cover more ground.

After 5 minutes, a boss will appear in the main area and players will need to defeat it. However, unlike the mini-bosses, this one does not have a time limit. After defeating the boss, chests equal to the number of mini-bosses defeated will appear all around the EAZ – for a maximum of 2 minutes.

Once again, players should split up and open most if not all the chests in the area. Unlike the previous Solstice of Heroes, the locations of these chests remain permanently marked on the screen.

A small tip is to use the Fallen teleporters in the area to access otherwise inaccessible areas. Inside them, players can find Solstice Packages and Key Fragments. Also, before we forget, players are free to roam around on Sparrows inside the EAZ.

Collecting 30 of these Elemental Orb will provide the Elemental Charge buff. Elemental Charge provides a range of buffs depending on the subclass. These buffs include longer Supers and increased grenade/melee damage. Other than that, there are some subclass-exclusive buffs as well:

Solstice of Heroes 2021 is all about rewards. In addition to things in the Eververse store, players can get Masterwork materials, a precision-frame Solar shotgun named Compass Rose, Bright Dust, Glimmer, high-stat armor, an emblem, ghost shell, etc.

The most lucrative reward, however, is the Magnificent Armor. This armor has a white glow but requires a lot of grinding. Feel free to check out our in-depth Solstice Armor Upgrade guide for more help on a list of objectives that must be completed to get Magnificent Solstice Armor.

Lastly, players can also get Armor Accelerants that provide bonus progress for the alternate characters when pursuing Magnificent Armor.

That is all we have got in our Destiny 2 Solstice of Heroes 2021 guide. For more help on the game, feel free to check out our detailed Destiny 2: Season of the Splicer wiki page.