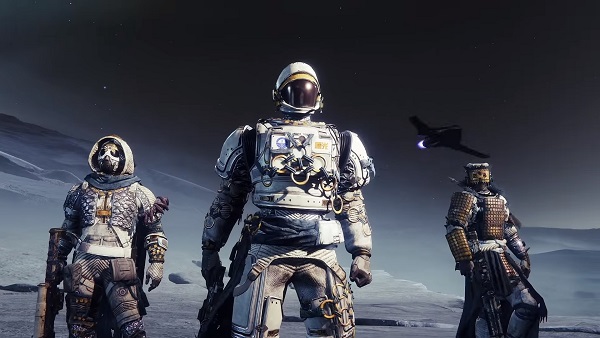 If you want to speed things up, try to head to the Grove of Ulan-Tan Lost Sector on IO – it’s the one where you complete the Whisper of the Worm Exotic Quest. Inside the Lost Sector, you’ll find 5x Nightmare Harpies that will grant you 50% progress. You’ll need to run the Lost Sectors twice to complete the Essence of Pride quest.

Essence of Isolation in Shadowkeep unlocks the Dreambane Arm Piece. To complete the quest, you need to kill 100 Fallen enemies on the Moon. You can easily farm them on the Archer’s Line or run a Heroic Spider-Tank Public Event to complete it within minutes.

Essence of Fear quest in Destiny 2 Shadowkeep unlocks the Dreambane Chest Armor. To complete the quest, you need to defeat 100 Hive enemies on the Moon. Once again, you can either run a Warsat Heroic Public Event or simply run through the K1 Revelations Lost Sectors to be done with it in minutes.

Essence of Anguish in D2 unlocks the Dreambane Leg Armor. To complete the quest, you need to complete a few Daily Bounties for Eris Morn on the Moon. Any Daily Bounties should do. Pick up any 5 and get to work.

Lastly, the Essence of Despair in Shadowkeep unlocks the Dreambane Bond Armor. This one is arguably the easiest of the bunch. To complete it, you simply need to complete a few activities on the Moon. Anything from opening up chests, completing Lost Sectors to collecting resources should work.

Once you’ve acquired the Dreambane Armor Set in Shadowkeep for the first time, you should always be able to return to Eris Morn on the Sanctuary to collect it if you accidentally dismantled it.