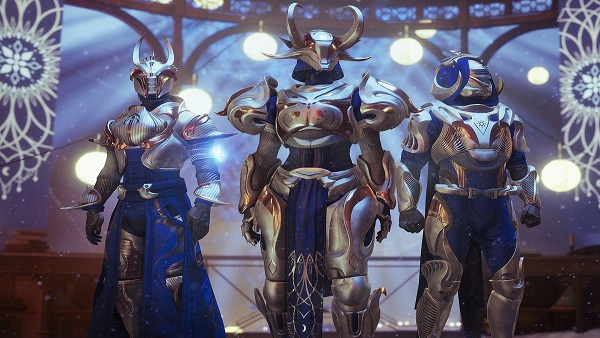 There are three major changes you should be aware of. Firstly, stat-based armor from the original Destiny is returning. Second, the way mods work has changed completely. And lastly, you can better customize the way your armor looks through a Universal Ornament ‘transmog’ System. Let’s go over these changes one by one.

As mentioned earlier, stat-based armor from the original Destiny is returning in Destiny 2 Shadowkeep. These returning stats are Discipline, Intellect, and Strength. These are in addition to Mobility, Resistance, Resilience already available in D2.

Each of these stats boast a maximum value of 100 unlike vanilla D2 where it was from 0 to 10. Dumping every 10 points into a stat will change its effectiveness by a little. On top of that, you can apply the new mods to further improve a stat of your choice.

Therefore, you’ll have to grind for the Armor 2.0 Sets that feature your desired stats. Every Destiny 2 armor piece from Y1/Y2, be it planetary or raid-exclusive, should also drop as Armor 2.0.

Energy Types on Armor
Each armor piece in D2 Shadowkeep will feature one of three energy type in the game i.e. Arc, Solar, Void. Energy type on Armor 2.0 Sets determines which type of weapon mods you’ll be able to use on your Y3 armor sets. Also, before you ask, there isn’t any way of changing energy-type on an armor piece. From what we know so far, here’s a brief rundown of which energy type will be compatible with which weapon mods:

How to Upgrade Armor 2.0
Upgrading Armor 2.0 in Shadowkeep requires Enhancement Prisms (they’re different from Enhancement Cores) and Exotic-grade Ascendant Shards. We’re still trying to come across these materials and effectively farm them. We’ll make sure to update the guide as soon as learn more about them.

However, one important thing that I should mention here is that Infusion is a separate process from armor upgrade. You’ll still be able to infuse a low PL Legendary/Exotic piece to make it higher Power Level if you really like it.

All Armor 2.0 Sets feature a total of three mod slots. One slot for general mods i.e. resistance against Minors and two slots for weapon/ability specific mods. Normally, all the Armor 2.0 pieces drop with 3-5 energy but they can be upgraded to +10 energy by upgrading it completely – Masterworked. Doing so will also increase all the stats on the said armor piece by +2.

In addition to this, slotting Mods 2.0 will also require a specific amount of energy on your armor piece. Some basic mods only require +1 energy and it goes all the way to +5. For instance, if a piece of your armor boasts 6 energy, you’ll be able to slot a +1 energy mod and a +5 energy mod. Alternatively, it can be two +3 energy mods.

Lastly, mods in Destiny 2 Shadowkeep are now treated as unlocks. What it means is that you no longer need multiple pieces of a mod. Once you’ve unlocked a mod, you’ll be able to use in any compatible armor piece for a small Glimmer cost.

I should also note here that you can’t slot any mod into an armor piece. Some mods are specific to a particular armor piece. For example, Chest Armor usually takes Unflinching or Capacity mods.

How to Unlock Mods in Shadowkeep?
There are multiple ways of getting new mods in Destiny 2 Shadowkeep. You’ll still be able to purchase them from Gunsmith and via Gunsmith Packages. In addition to Banshee, mods will also drop from world activities, Iron Banner, raids, Strikes, Nightfalls, etc. As for Enhanced Mods, they’ll only drop from pinnacle content during the end-game.

As for your Y1/Y2 mods, you’ll only be able to slot them in your Y1/Y2 gear. You’re free to stick to them or dismantle them into Mod Components to get the new mods. For instance, if you love your good ole Grenade Mods, you can dismantle them and invest into a Discipline Mod which should basically do the same thing.

As mentioned earlier, Destiny 2 Shadowkeep has a Universal Ornament ‘transmog’ System that has transformed all the Eververse armor you collected into universal ornaments. You should be able to use them as simply as changing your armor’s shaders. However, this doesn’t hold true for Exotic Armor Pieces.

Lastly, do note that pulling an Y1/Y2 armor piece from your ‘Collections’ tab won’t give your Armor 2.0 variant of that armor except if it’s an Exotic.

This is all we’ve in our Destiny 2 Shadowkeep Armor 2.0 primer. Be sure to check our Exotics Guide and How to Start New Light Campaign Guide.