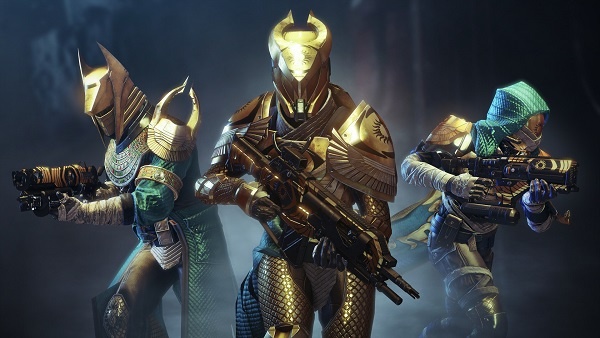 While the latest Season of the Worthy for Destiny 2 has turned out to be a disappointment when it comes to Ritual Weapons, there are a few decent exotics to be farmed alongside a few exotic overhauls and exotic catalysts. The following is an ongoing overview of all the new exotics introduced in Destiny 2: Season of the Worthy.

Destiny 2: Season of the Worthy Exotics

As of now, Bungie has only confirmed a couple of weapons and an exotic armor piece for each of the classes.

Aside from these, IB’s ritual weapon is also an exotic which I believe is completely separate from the exotic quests mentioned in the season’s roadmap.

Tommy’s Matchbook
This 720 RPM solar-energy Auto Rifle is a Season Pass reward. It unlocks instantly for everyone who owns the SotW Season Pass but unlocks at Rank 35 on the Free Pass. The weapon has two intrinsic perks.

The first one is called Ignition Trigger which causes the weapon to overheat after sustained use. When overheated, it does increased damage but also damages the wielder – it doesn’t kill the wielder though.

The second one is called Heat Sink which reduces the Overheat damage if you aren’t using ADS.

The Fourth Horseman
This Arc-energy shotgun is a fan-favorite from the original Destiny. Back in D1, the weapon could be fired in full-auto and kills from it have the chance to return bonus ammo to the magazine.

From what we know so far, the gun has an intrinsic perk called Broadside which increases the damage and spread after each successive shot.

Citan’s Ramparts – Titan Exotic Gauntlet
The exotic perk on the gauntlets has a perk called Assault Barricade that allows you and your allies to shoot through your Towering Barricade but at the cost of low HP and shorter duration.

You should be able to find it from open-world exotic engrams.

While the Super is active, guarding consumes less Super energy and you can deactivate prematurely to conserve Super energy – similar to Chaos Reach.

Felwinter’s Helm – Warlock Exotic Helmet
Yet another exotic that you can find from the open-world exotic engrams.

Its exotic perk is called Warlord’s End which creates an AOE weakening effect after every Void, Arc, and Solar melee kill that weakens all nearby enemies for a short duration.

The radius and duration of the effect can be extended by Finishers and killing (melee) powerful enemies.

I’ve yet to see how much weakening effect it gives but if it’s anything like Oppressive Darkness from Season of the Undying, I’m game.

Lumina Catalyst
Introduced in Season of the Worthy, catalyst for Lumina has a high chance of dropping from various activities in the game such as Strikes, Crucible, etc. To complete the catalyst, you’ll need to heal 250 Noble Round heals.

When fully masterworked, you’ll be able to fire 2 healing remnants and receive additional damage buff for yourself.

Points can be earned by completing Strikes, Nightfalls, Gambit, and Crucible matches. Once done, you’ll recover HP much faster while Ignition Trigger is active.